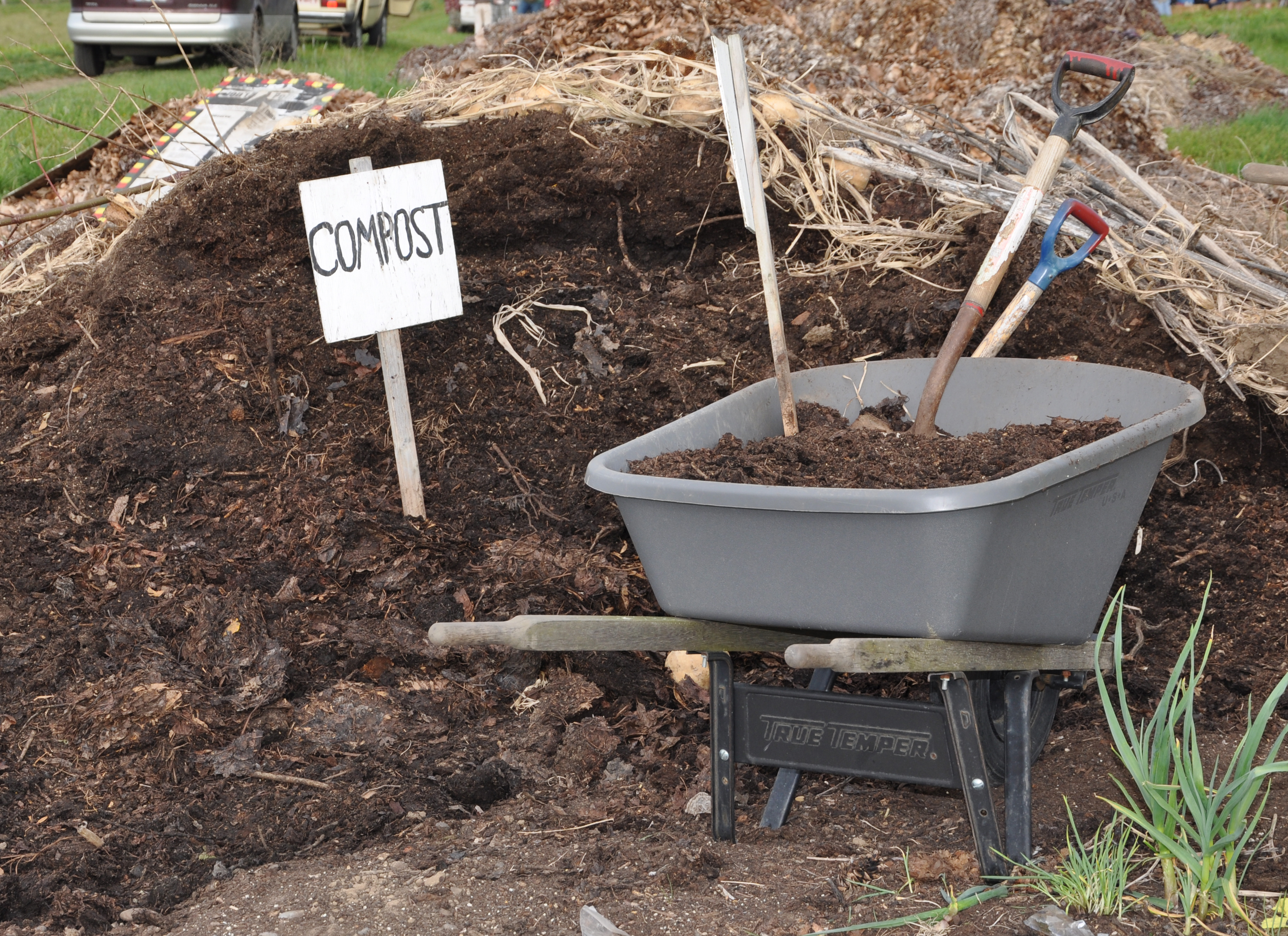 Kym PokornyOctober 2, 2017No Comments on What does that mean? Experts take on gardening jargon

Garden jargon can leave a smart person feeling dumb, and let’s not even talk about Latin botanical names. Really, let’s not.

Instead, we’ll concentrate on common terms used as if everyone should know them. Like what’s a cover crop or cold composting? What’s a hardiness zone? And what, for goodness sake, is an open-pollinated plant? Let’s find out. A handful of Oregon State University Extension Service experts step up with definitions. Here we go.

Annual vs. biennial vs. perennial: An annual plant lives its life cycle in one season. Its whole reason for being is to grow, flower, produce seed and die. Biennials like sweet William, hollyhock and some vegetables live for two years. A perennial plant lives from year to year. Herbaceous perennials – like peonies or delphiniums – die to the ground each year and return the next. Tender perennials are perennials that are native to warmer climates than where you live and may not live through winter.

Open-pollinated vs. hybrids vs. heirloom: Open-pollinated vegetables are pollinated by insects, birds, wind or humans. As long as varieties don’t share pollen and you save the seed, the next generation (or offspring) will be “true to type.” In other words, the next year’s vegetables or fruits will be the same as the ones produced by the parents.

Hybrids are bred from two different varieties for characteristics like disease resistance or higher yield. They won’t come true to type. Seeds or plants must be purchased each year.

Broadcasting vs. side dressing: Broadcasting is spreading seed or fertilizer by scattering by hand or with a specialized tool. Broadcasting is a great way to fertilize large areas, including lawns. Side dressing means applying fertilizers in a shallow furrow or band along the side of vegetable row crops or in a circle around individual plants.

Row cover fabric: Row cover fabric is made of spun polyester and is permeable to air and water.  It traps heat and can increase air and soil temperatures by 4 to 7 degrees, helping to create earlier crop yields and to extend the crop season. The fabric also can be used to provide a measure of pest protection. For crops like carrots, beets, and greens, it can be laid directly on top of beds with some slack so that the plants push the material up as it grows.  For bigger plants like broccoli, use bent electrical conduit or heavy-duty wire supports to keep the fabric suspended above the plants. Secure the fabric to the soil with bags filled with soil or sand, boards, rocks, etc.  It’s important to perform bug check and good hygiene under row cover fabric. The slugs really like it there as much as the veggies.

Fabric or plastic that lays on the ground to raise the temperature of the soil and keep down weeds is called non-organic mulch.

Incongruous elements: Gardeners tend to be in a rush to add something to the landscape, a plant, a fountain, a bench. But one more thing won’t always make it better. In fact, adding too much can make the garden look messy and unorganized. Landscape architects often use a first step when redesigning a garden by subtracting “incongruous elements,” or things that don’t add to the overall aesthetic. Gardeners can do it, too. If something doesn’t work, edit it out and then begin adding things back in with more thought to how everything works together. Starting small, area by area, makes the job easier.

Hardening off: When you’ve planted seeds indoors, they need a period to acclimatize to outdoor conditions when it’s close to planting time. To assist them, the containers of seedlings should be taken outside for a few hours a day, increasing the length day by day. After a week, the plants are ready to be planted. The process can start with hardy plants like broccoli, cabbage, onions and Brussels sprouts once the outside temperature is consistently above 40 degrees. Wait until it’s 45 degrees for half-hardy plants – lettuce, celery, endive – and 50 degrees for tender plants such as squash, pumpkin and corn. A temperature of 60 is necessary for cucumbers and melons and 65 for basil, tomatoes and peppers.

Hardiness zone: Plants live within a range of temperatures or “hardiness zones,” which are based on average annual minimum temperatures. Zones go from 1 (minus 60 degrees) to 11 (only hardy to 65 degrees). For instance, plants that can survive down to 0 degrees are in Zone 7. There are two sources to find your climate zone. By far the most widely used is from the U.S. Department of Agriculture.  When shopping for plants, check the map to find your zone and then check the plant label before buying.

Nitrogen fixing: Plants need nitrogen to live, but most can’t get it on their own since it exists as a gas in the atmosphere and plants can’t use nitrogen as a gas. There are a few plants, however, that can draw nitrogen from the air and store it in their roots. They’re called “nitrogen fixers.” Once they die, they decompose and release the nitrogen into the soil for other plants to use. Common nitrogen fixers are legumes such as peas and beans. Gardeners often plant nitrogen fixers (called cover crops or green manure) such as crimson clover, Austrian field pea and common vetch as crops wind down in late summer. Once spring arrives (before plants go to seed), they’re cut down and tilled under, leaving nitrogen in the soil for that years crops.

Hot vs. cold compost: A hot compost pile, which takes a bit of effort, will be ready to go into the garden within three to six months. It’s called hot because to kill the weed seeds and pathogens, the pile must heat up to 141 to 155 degrees, which means it has to be turned regularly and kept moist. Most people don’t get it that hot, so the advantage is how quickly the compost is ready.

Cold composting is simply tossing garden debris into a pile, a throw-as-you-go method. A cold compost pile will take a year or two to break down.

For both techniques, avoid tossing in plants that have gone to seed or are diseased. To speed up the process, use smaller pieces of material.

Organic vs. natural vs. non-organic vs. synthetic: Organic and natural are used interchangeably as are non-organic, chemical and synthetic. To make it clear, we’ll us organic and synthetic. Organic fertilizers and pesticides are derived from mineral, plant or animal sources. Synthetic products are made by humans using methods different than those nature uses, and the chemical structures may or may not be found in nature.

For gardeners who want to buy organic products, look for the Organic Materials Review Institute (OMRI) and Washington State Department of Agriculture (WSDA) seals. The most misunderstood thing about organic pesticides is that they are not toxic. That’s not true. For example, nicotine, which is used in some pesticides, is highly toxic. Read the label when you buy a pesticide to determine its ingredients, which pests it targets and any cautions. Always follow the directions.

More information about all aspects of gardening is available in Extension’s Growing Your Own publication.