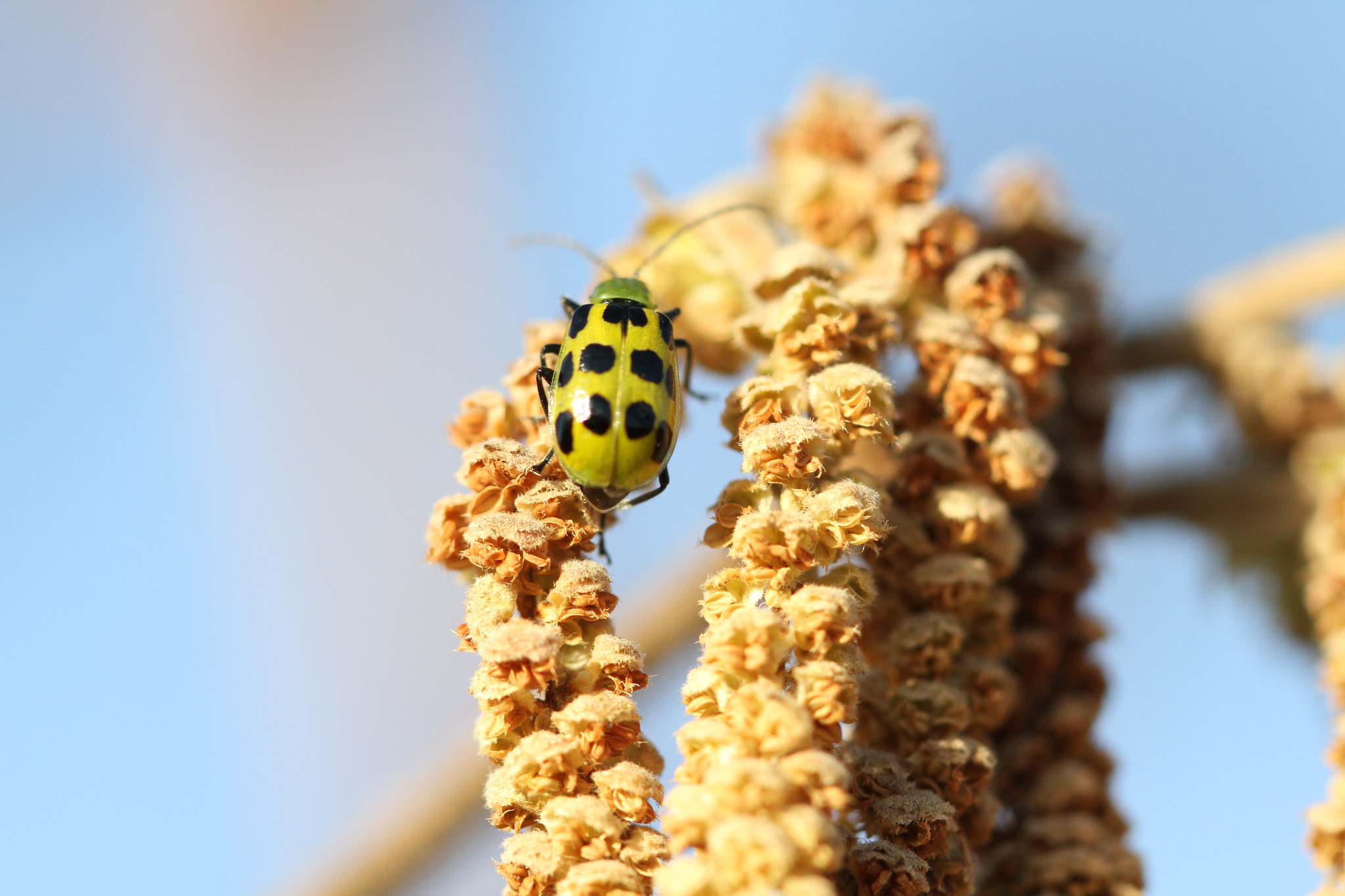 Kym PokornyJune 1, 2020No Comments on Use vigilance in controlling problems in the vegetable patch

Freshly planted and carefully tended, vegetable gardens can quickly become a magnet for trouble. Problems seem to spring up overnight.

Weeds, for instance, can overtake a garden in days. Slugs munch on seedlings. Aphids suck the juices from any number of plants. And that white butterfly you see fluttering around? It’s a cabbage white butterfly that lays eggs that turn into voracious larvae.

Ask Weston Miller, horticulturist with Oregon State University Extension Service, which is the worst and he’s quick with an answer.

“Weeds are the hardest part of vegetable gardening,” said Weston Miller, horticulturist with Oregon State University Extension Service. “If you let them get out of control, it’s a big problem. Using a hoe when the weeds are small will save you from having to bend down.”

If you haven’t planted yet, Weston recommends preparing the soil, and then waiting a week or two until weeds germinate. Get at them with a hoe when they are still small, about the time two true leaves appear. Wait until another wave of weeds appear, remove them and you’ll have a fairly clean slate for vegetables. Keep at emerging weeds until plants get big enough to shade them out.

As you’re out in the garden weeding and planting, be vigilant for problems, Miller said. Just like weeds, the sooner you deal with pests or diseases, the easier it will be to control them. One of the most common plant-eating pests are slugs, which are out in force right now eating their favorite meal – our newly sprouting seedlings. They especially gravitate toward lettuces and anything in the cabbage family, but will make a meal out of just about any vegetable plant.

“The trick is to look for them, go on slug patrol,” Miller said. “Pick up rocks, stepping stones, anything they can hide under and find them.”
He suggests throwing them in a bucket of water or using the iron phosphate bait that goes under the name Sluggo. Traps work, too. Make an easy one by burying a plastic margarine or yogurt container up to about an inch from the rim. Fill it with beer (Don’t worry, research shows they like the cheap stuff.) and remove the dead slugs daily.

Cucumber beetles are one of the most aggravating pests. About ¼-inch long, yellow with black spots or stripes, the cucumber beetle is an enemy of cucumbers and squash, especially emerging seedlings. They’ll chew holes in leaves, eventually killing the plant.

Control cucumber beetles with good hygiene and vigilance, Miller said. Clean up the garden at the end of the season and keep it neat throughout the season. Right after planting use floating row covers, which are made of very lightweight fabric that allows air, light and water through. Drape them over some sort of hoop structure and seal edges by burying in the soil or using rocks or bricks. The row covers are available from garden centers and online. Remove once the crop starts flowering.

If you’ve already planted and are being visited by cucumber beetles, think about getting a few new transplants and starting over with the row cover. Pesticides aren’t effective, Miller said, because the beetles move too fast.

Aphids, which are probably the most common insect in gardens, are small, usually light green (though there are black, gray or red aphids) and sometimes sport a fuzzy coat. They feed on plants by sucking the juice out of leaves and produce a sticky substance called honeydew.

Monitor plants often, Miller said, being sure to check the underside of foliage where aphids like to congregate. To control mild populations, squish or wash off with a spray from the hose. For more moderate infestations, use commercially available insecticidal soaps. The product must come in direct contact with the aphids for effective control. Encourage natural enemies like ladybugs (adults and larvae both eat aphids), lacewings and hover flies by not using broad-spectrum pesticides and planting a diverse variety of plants.

“With broccoli and cabbage and other brassicas planted in early spring, you’ll probably end up harvesting before the aphids get to them,” Miller said. “They are at their worst in July and August. They’ll tend to hit one plant really hard. Go in and pitch those plants and get ready to plant another wave at the end of August or first part of September and you can have a harvest in October and November and the following spring.”

Also a fan of the brassica family is the ubiquitous cabbage butterfly. You’ll see these white, fluttery butterflies out now, Miller said. The larvae – or caterpillar – does the damage. The butterfly lays eggs on the undersides of leaves and when the larvae emerge, they’ll tunnel into the hearts of cabbages. Since they tend to be the same color as the leaves, cabbage butterfly larvae are hard to see. Control is limited. Like cucumber beetle, a row cover can help prevent the butterflies from laying eggs on your crops. If it’s too late, consider using an insecticidal soap or a product with Bt (Bacillus thuringiensis), a naturally occurring bacteria that feeds on larvae. Another option is to plant a new crop topped with a row cover right from the get-go and only remove temporarily for harvest.

“Even with a row cover, they will eventually get in,” Miller said. “You also need to be vigilant about bug patrol. Look under the leaves to find them and then do away with them.”

Find more information in Extension’s publication Growing Your Own.