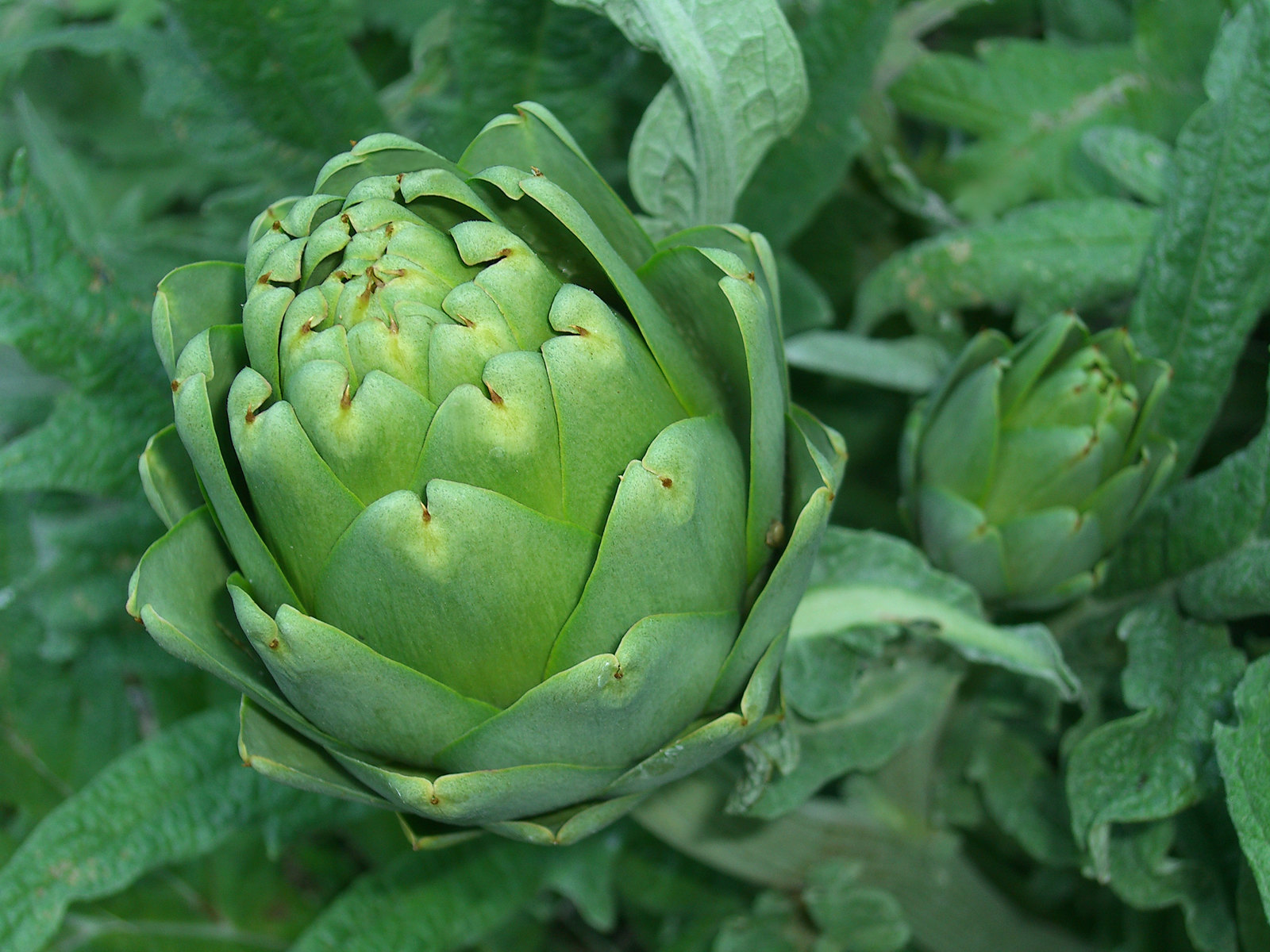 Kym PokornyMay 18, 2020No Comments on Ornamental or edible, artichokes have a place in the garden

With deeply lobed silver leaves and a 3-foot stature, the artichoke unfolds as much mystery in the garden as it does on the dinner table.

The can be used to set off any color in a perennial border, as a striking specimen plant or as the flagship of a vegetable garden. But the reason most people grow them are the leathery leaves made to dip into butter – or is it mayo? – and the succulent heart at the center.

Although artichokes thrive in the cool, moist climate of coastal California, western Oregon is usually mild enough to grow these edible thistles as perennials if cut back and mulched in the winter, according to Jim Myers, plant breeder and researcher at Oregon State University.

For the best success he recommends growing the Green Globe, Imperial Star and Emerald varieties.

“For something unusual, try growing Violetto,” Myers said. “It is particularly variable for spines and purple heads, but in my opinion, has the best flavor of all of the artichokes.”

Artichokes as annuals also can grow in many places east of the Cascade Range, with a little coaxing, he added.

Purchase plants in May or June from your local nursery or mail-order catalog.

“Plant artichoke starts in loose, well-amended soil in full sun,” Myers said. “Space them 3 to 5 feet apart, and when planning your garden, think about the shade they will cast. Water and mulch regularly.”

By mid-summer, the artichoke plant should send up flower buds, which are the part of the plant that we eat. Harvest them before they open. If left to flower, the plant will produce a large purple thistle that can be dried and used in arrangements. If you harvest all the heads, in milder climates artichokes may send up a second crop in the fall.

An artichoke will produce well for about three or four years, Myers said. After that, it’s best to dig and divide it as it produces off-shoot plants that may crowd the original plant.

“In the fall, cut back your artichoke plant and mulch it with a covering of leaves or straw. After mild winters, new plants will sprout in the spring from the old parent plant. Uncover them in April. Cold winters, however, may kill artichokes, whether or not they are mulched.”