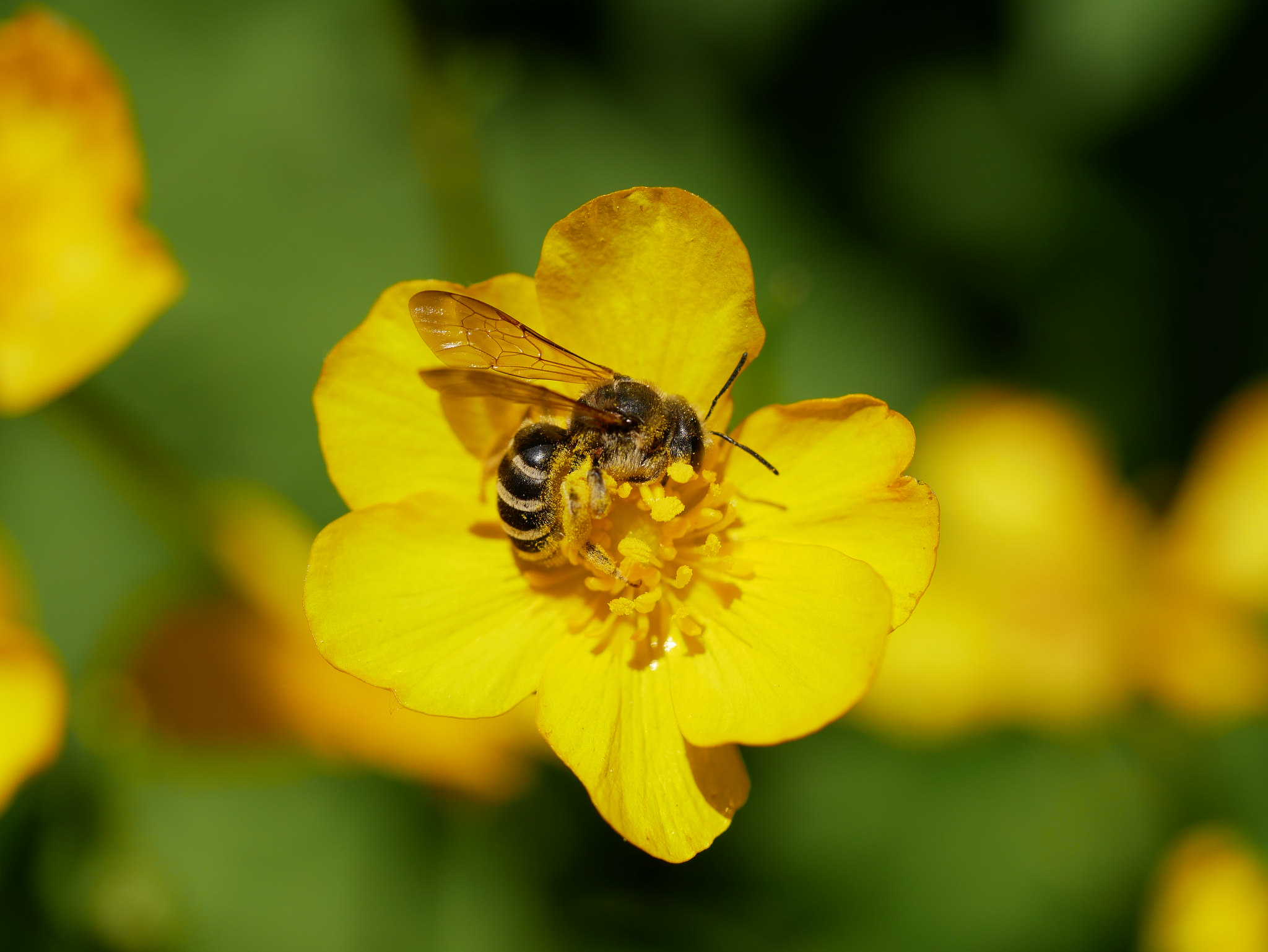 Kym PokornyAugust 29, 2017No Comments on Give bees a chance by knowing their needs

Andony Melathopoulos is out to bust some myths about the 500 species of bees living in Oregon, most notably that most don’t sting.

“I’ve been covered in 30,000 honey bees and didn’t get stung and I’m nobody special,” said Melathopoulos, a bee expert with Oregon State University Extension Service. “The key message is that most bees don’t sting.”

Honey bees do, but only if their hive is disturbed or they’re approached aggressively. Of course, people with allergies should rightly be concerned and stay away from hives.

Wasps and yellow jackets, which sting without provocation, can be controlled with a variety of traps available at garden centers and home supply stores. The most effective traps use a synthetic attractant to lure yellow jackets into a trap. Fruit juice or meat can be used as attractants as well.

But there are hundreds of native bees that live in the ground and aren’t even recognized as bees. These solitary insects come out to pollinate and return to their nests so quickly most people never see them.

“There are a lot of bees in the city that are solitary,” Melathopoulos said. “They have radically different lifestyles than honey bees. I’m struck by people who want to save the bees who don’t know this. They’ll see an insect that looks like a fly and not realize it needs your help, too.”

Melathopoulos calls out bumble bees – one of the largest-sized bees in the country – as a group to be concerned about. Not as much research has been done compared to honey bees, but there is evidence of decline of some species, and one bumblebee in the Midwest has been relegated to the endangered list.

“We have about 500 species of bees in Oregon and we know that, of 30 or so bumble bee species, a handful are experiencing declines,” he said. “But that may just be the tip of the iceberg since we have even poorer information on the remaining 470 or so species.”

There’s good news, though. Home gardeners, whether they know it or not, provide pollen and nectar for pollinators simply by planting a mixture of flowering plants. In fact, it’s been shown that cities provide better forage than bordering agricultural land that tends to be planted in large, one-crop fields that may attract only one or a few types of bees.

“If you have diversity as in many cities,” Melathopoulos said, “there’s an opportunity to feed many mouths. You lay out a smorgasboard for everyone. So, the more things you plant, the better.”

There are three general principals to attracting bees to the garden.

Even if all you do is plant a patch of pollinator plants, you’re giving a hand to the honey bees and native bees living in your neighborhood. And, as Melathopoulos points out: “A lot of people want a different aesthetic,” he said. “There’s nothing wrong with planting plants that don’t attract bees if you have a good percentage of bee-attractive plants in among them. That can be a stunning success.”