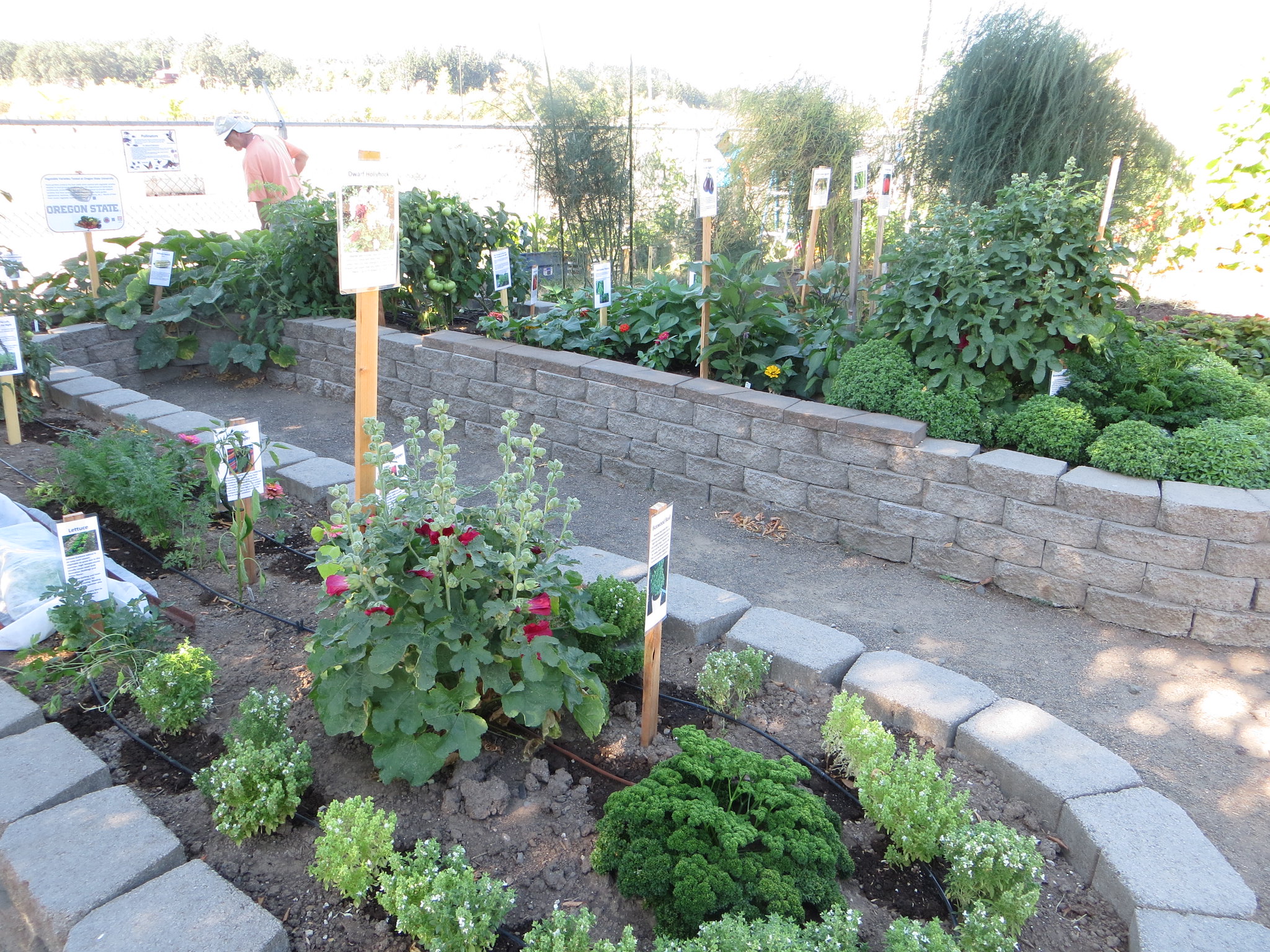 Kym PokornyJanuary 27, 2020No Comments on Study shows some urban gardens contain too much organic matter

If you’re a gardener, you’ve heard it a thousand times: Add compost to improve the soil, feed the microbes that release nutrients and grow better plants.

But what if that isn’t always the case? Believe it or not, research by Oregon State University found too much organic matter can have a negative effect. Wait. What?

There are the environmental consequences of fertilizer leaching and runoff, the expense and time to buy and apply the compost or other organic matter and, in some cases, plants burn and die from too many nutrients, according to Mykl Nelson, instructor in the OSU Department of Horticulture.

Nelson suspected that urban gardens are over-enriched. After a two-year research project, his thesis panned out. The soil samples Nelson took in 27 gardens averaged 13% organic material; the recommended minimum is 3% to 5%, according to numerous studies, including by Cornell University Extension Service.

Nelson knew there was a lot of anecdotal information that raised beds with organic material added to clay soil encourages it to drain faster, warm quicker, open up air and water pathways, help suppress weeds, insulate the soil against heat and cold, and cut down on erosion. In sandy soil, organic matter holds water that would otherwise slip through. All true.

“But as we looked into the amount of organic matter in urban gardens there wasn’t much research on garden soil, at all,” said Nelson who ran the study for two years. “Most soil studies have been done with native or agricultural soils.”

To unearth how much organic material, usually compost, ends up in garden beds, Nelson queried more than 80 people; 27 qualified to participate in the study because they were within the urban growth boundary and closest to his location. All who agreed to the test were OSU Extension Master Gardeners because of their interest and ease of contacting.

Nelson looked at raised beds, both in-ground and built, and expected to find soil significantly more enriched in constructed beds which are usually filled with imported, non-native media. He took core soil samples at several levels in the center of each bed. The beds were planted with either vegetables or annuals (no trees or berries). Then he mixed the soil samples together and examined the results in a lab. He was right: Organic matter averaged more in raised beds.

“Every bed was at least above the recommended minimum,” he said. “There’s no hard suggestion for organic matter levels, but there’s a lot of support that says more organic matter leads to better crops. Up to a certain amount, it does, but there’s a limit. One of the sites had 30% organic matter. They told me they used all compost. Their pepper plants were burned and died by the end of the season. There’s an example of going to far.”

Organic matter, Nelson said, correlates with elevated phosphorus and microbial activity. If there are too many nutrients for the plant to use, phosphorous may run off if the soil erodes into waterways. In addition to phosphorus, nitrogen is likely to leach out of the soil unless a slow-release product like feather meal is applied.

High levels of phosphorous build up over time if too much manure or manure-based composts are used and soils with excessive phosphorous can contaminate waterways if the soils are left unprotected and erosion occurs, said James Cassidy, a senior instructor in the OSU Department of Crop and Soil Science Cassidy, who was not involved with Nelson’s study..

The rub is what to put in built beds. Nelson suggests filling the bottom with carbon materials – wood chips, limbs, straw – and topping with compost blended with loamy soil and other suitable materials. Bark mulch facilities will have an appropriate product. To save money, offer to go in with neighbors or friends on a truckload. Always, take a sniff of the product to see if it smells fresh. If it doesn’t, don’t buy it.

Cassidy admits, “I’m afraid I am the source of many gardeners gone astray. I’ve spent a lot of time selling ‘add organic matter’ and I’m afraid I’m a victim of my success in that regard.”

Both Cassidy and Nelson mentioned several times that the most important thing a home gardener can do is to get a soil test. If the organic material is at 3% to 5%, it’s okay. Hold off adding more for a year or two and test again. See how it changes. It might be time to ease off fertilizer and organic compost. Conversely, if you need more, add ½ inch or so, not the 2 to 4 inches often recommended.

If you have heavy clay soil you may need more; adding organic matter can help open the soil structure and get more water and air to plant roots.

Unfortunately, Cassidy said most people want a recipe. When it comes to soil, nutrients and plants, that isn’t possible. Testing is as close as it comes.

Get a lesson in collecting soil samples in Extension’s A Guide to Collecting Soil Samples for Farms and Gardens. Find suggestions of labs in Analytical Laboratories Serving Oregon and learn to interpret the results in Soil Interpretation Guide>. Or feel free to bring the results to your county Extension office for Master Gardenersto decipher.