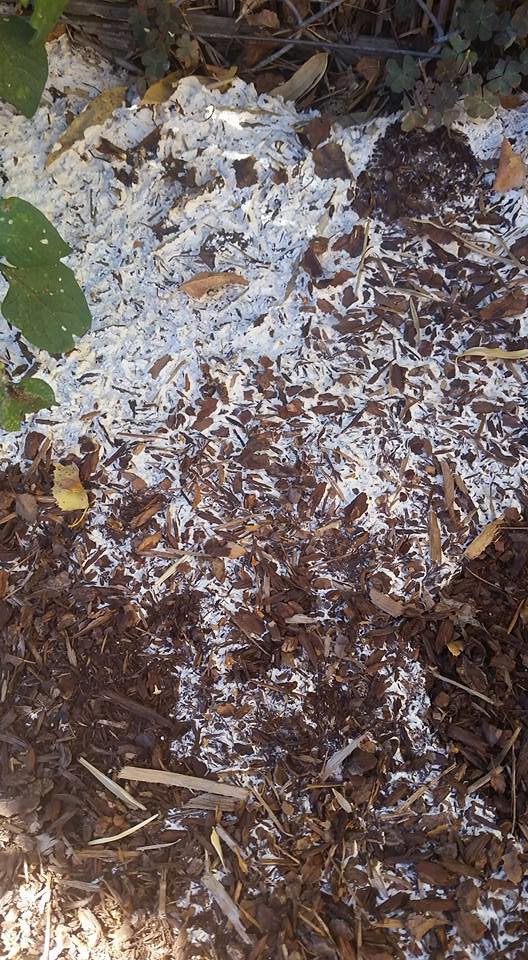 Kym PokornyAugust 3, 2020No Comments on Slime mold looks ugly in the garden but does no harm

It appears overnight and looks like a horror-show blob that’s slithered its way into your garden.

The gross-looking substance known as slime mold shows up on mulch and lawns, but is harmless to plants. Instead it feeds on decaying matter, fungi or bacteria, according to Neil Bell, a horticulturist for Oregon State University Extension Service.

“It’s called slime mold and is not harming the grass or plants in the mulch,” he said. “It appears really suddenly, seemingly overnight. It occurs after rainfall in summer, which we had in June.”

Slime mold, which is a primitive organism placed in a family by itself, comes in sizes from several inches to 2 feet or more in diameter and shows up in many colors, ranging from bright, yellow, orange or white to shiny black. In its fresh state, it’s often called by the descriptive term “dog vomit.” As conditions change, the substance begins to dry, turns brown, then produces spores that float away. Many times, you’ll find it in the woods in other colors, Bell said.

While active, slime mold can “flow” across mulch for several feet, eating dead matter as it goes. It may appear to grow on plants during this stage, but is only devouring organic mulch like bark dust or compost.

“People are surprised to see it and want to do something,” Bell said. “You can rake it out to speed up drying. It’s okay to put it in the compost pile or just mix it into the mulch. Or spray it off with a blast of water from the host. It’s

While it might be disturbing to see this amoeba-shaped organism in your mulch, don’t assume it’s detrimental and skip the mulch, he added. Organic matter is essential for soil and plant health.

There are multiple materials used as mulch, but what usually comes to mind are bark (also known as bark dust) or dust mulch, which is applied to the surface of the soil for multiple reasons – holding moisture, reducing evaporation, cooling soil, controlling erosion, protecting from compaction, opening up structure and adding nutrients. Weed control, though, may be the biggest reason to use a mulch.

“Bark mulch is high in carbon and low in nitrogen,” Bell said, “so weed seeds don’t tend to grow on it. It’s particularly effective on annual weeds. One thing you can count on, if you leave soil bare, it won’t be bare long as the weeds will find it.”

In the long term, bark mulch breaks down, compacts and needs to be fluffed up. In a year or two, it disappears, eaten by billions of microbes in the soil. So, to act as a permanent weed control, it needs to be reapplied every one to two years.

Composted yard debris is another common material for mulching. Like bark dust, it is readily available, relatively inexpensive, easy to spread and breaks down and adds nutrients to the soil faster than bark mulch.

“A compost like yard debris is a lot richer as a growing environment than bark mulch,” Bell said. “It’s not as effective as a weed control as a result. It’s better used as a soil amendment.

Bell recommends applying 2 to 4 inches of bark mulch in spring and then fluffing it up with a fork or other implement in fall to freshen it and counteract the tendency to pack down and repel moisture. To learn more about mulch, refer to the Extension publication
Mulching Wood Ornamentals with Organic Materials. 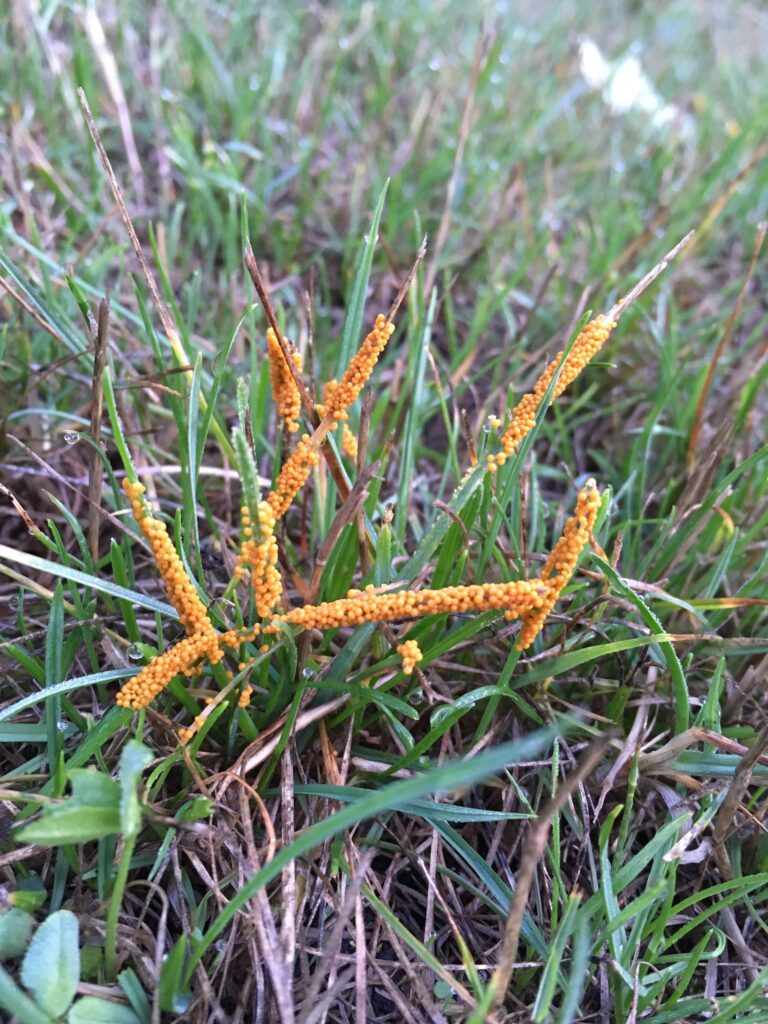