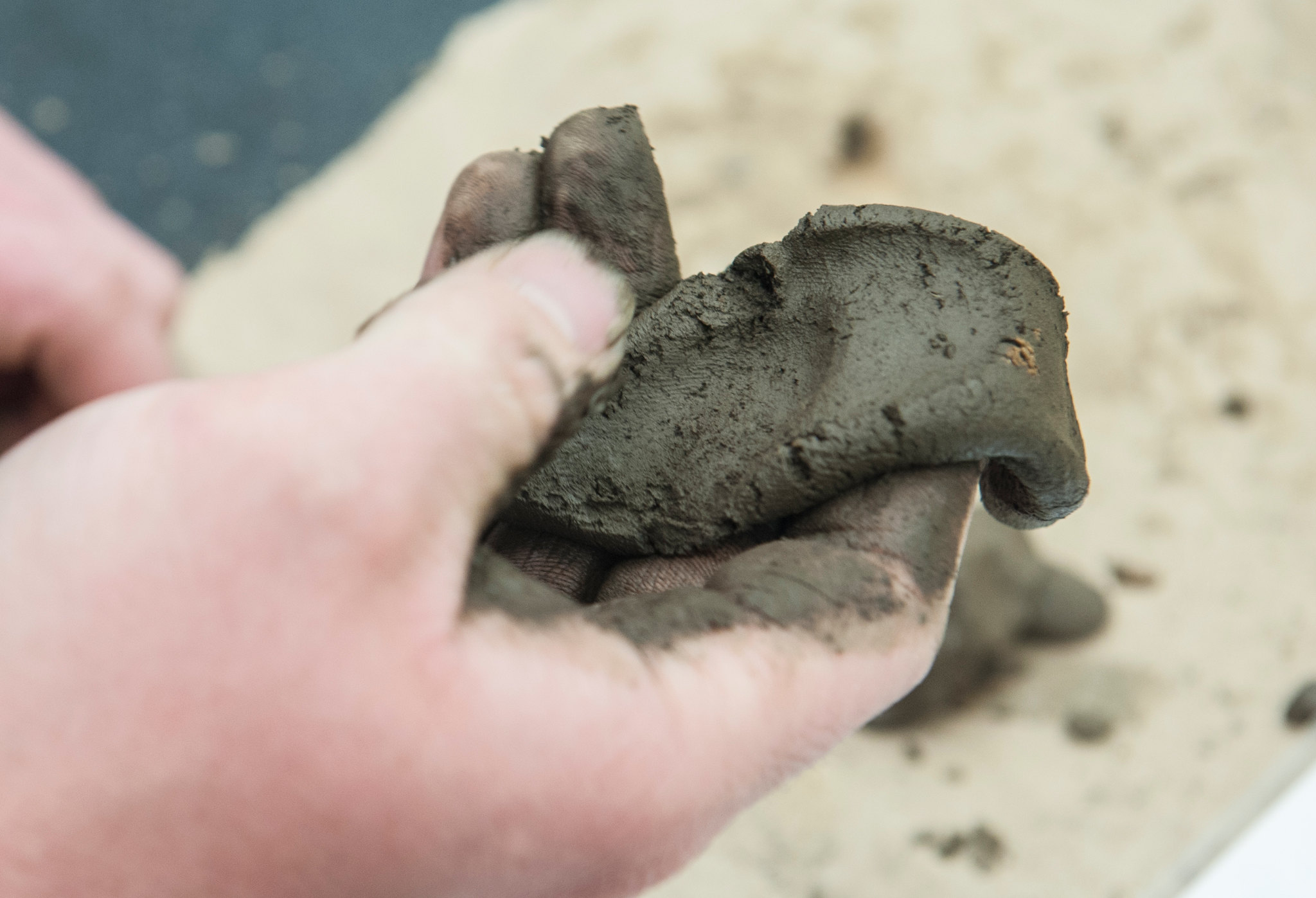 When you walk about your yard on a wet day, do your shoes stick in the mud? Could you make ceramic pots out of the soil in your garden? If the answers are yes to both, odds are you have clay soil, one of the biggest challenges for the home gardener.

Clay soils in the Willamette Valley are the result of geologic actions that took place during the end of the last ice age – some 10,000-14,000 years ago, said Linda Brewer, senior faculty research assistant in Oregon State University’s College of Agricultural Sciences. Repeated flooding on an apocalyptic scale overflowed into what is today the Willamette Valley.

Clay soils are difficult to work up and develop into a good seedbed. Dry clay tends to be very hard and, if wet, it tends to be very sticky and difficult to manage. But clay soils have their attributes, Brewer said. Clay particles are so small that they have slight electrical charges. These charges hold on to plant nutrients, far better than sand. Clay soils also store large amounts of water in the very fine spaces between their particles. This ability contributes to their stickiness and plasticity.

However, this water, held in such small pores, becomes difficult for plants to take up as the soil dries. Sandy soils drain readily because the spaces between the particles of sand are much larger.

It’s common for people to want to rototill or dig these materials into their garden beds, Brewer said, but experience has shown that the best and easiest way is to apply two or three inches of organic materials to garden beds, without trying to mix them in.

“Like diamonds, clay soils are highly structured at the atomic level,” Brewer said. “No amount of sand added to a clay soil will change its texture. The large sand particles provide a surface onto which the tiny clay particles adhere. The result can be more difficult to manage than the original clay.

Organic matter serves as food for earthworms, insects, bacteria and fungi that transform it to soil nutrients and humus. These soil dwellers decompose and break down organic matter. Decomposer bacteria give off “glues” that aggregate soil particles, improving drainage and make the soil easier to work.

When a large amount of organic material is added to the soil under warm and moist conditions, microorganisms multiply rapidly. Since they construct their bodies from the same nutrients that plants use, in the short term, they compete with plants for nutrients. Composted materials have been at least partially broken down and may have more nutrients available when applied.

To overcome the temporary lack of nutrients, gardeners might try adding low-nitrogen organic material like wood chips to the soil in the autumn, or smaller amounts at a time in the spring, when warm weather will hasten break down. Or apply a complete organic fertilizer as a source of nutrients.

Remember that nitrogen is highly soluble in water, Brewer said. Manures, which are high in nitrogen, should be added only when there are actively growing roots able to take up nitrogen. Applying manure in the autumn is a wasted effort. In areas with high-rainfall winters, the nitrogen will have run off or leached below the rooting zone by spring.

Gypsum – calcium sulfate – is an amendment that improves clay soils. After exposure to water, the calcium sulfate molecule will dissociate. Free calcium ions have a positive charge that attracts the negatively charged clay particles, encouraging aggregation. Ammonium lauryl sulfate is a surfactant that can encourage infiltration of water into dried clay, and may make it easier to mechanically aerate clay soils. Their commercial reputation as a “spray on aerator” is an exaggeration, Brewer said.

Fertile soil with good tilth does not come about with a single or even several additions of organic material, but from a consistent soil-building program.

“Repeated additions of organic matter do change clay soils, but these additions must be at least annual in order to maintain the changes,” Brewer said. “And the soil will remain clay – forever.”