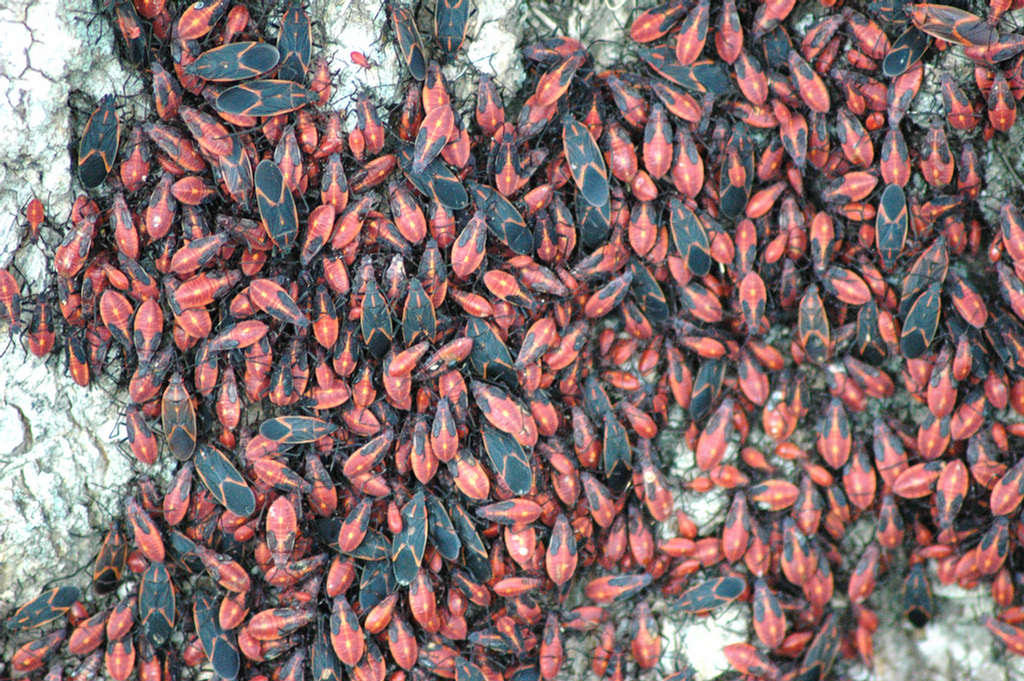 Kym PokornyOctober 15, 2018No Comments on Insects and spiders out to find shelter for winter

This time of year, insects and spiders are out and about – some in large numbers – looking for places to hunker down for winter.

“Just like us, they’re coming inside to get warm,” said Brooke Edmunds, a horticulturist for Oregon State University Extension Service. “They’re not feeding on homes or humans, they’re just looking for cracks or crevices. Most are minding their own business. They aren’t aggressive toward people, not even the spiders.”

That explanation often isn’t comforting when insects find your house the perfect spot for a long winter’s nap. Boxelder bugs can swarm the side of homes and outbuildings by the thousands, giving homeowners a fright. Spiders, which are looking for mates, can also cause anxiety.

However, of the 700 to 800 species of spiders in Oregon, only the black widow has the potential to cause serious harm to humans. This spider is found in the drier areas of southern Oregon and east of the Cascades more commonly than in the Willamette Valley, according to Gail Langellotto, OSU Extension entomologist. One brown widow was found recently, probably a hitchhiker from another area. Hobo spiders, research shows, are not venomous, but their bite may cause pain, redness and itching. Poisonous brown recluse spiders do not live in Oregon.

The distinctive red and black boxelder bug has long been the bane of homeowners, who find them piled on top of each other on the warm south- or west-facing walls of buildings. They don’t do much damage in the garden, unlike the shield-shaped brown marmorated stink bug, which feeds on a large number of plants, including blueberries, raspberries, apples, figs, hazelnuts and many ornamental plants.

In addition to brown marmorated stinkbugs and boxelder bugs, other insects most likely to be found invading your home right now are Mediterranean seed bugs and springtails, both very small.

“Springtails are tiny, like pieces of dirt but they move around,” Edmunds said. “They get their name because they can jump up to several inches by means of a tail-like mechanism.”

Springtails live in soil, especially soil amended with compost, in leaf litter and organic mulches and under bark or decaying wood. They feed on decaying plant material, fungi, molds or algae. They love moist environments and if they do make it indoors, you can often find them in sinks, bathtubs, floor drains, damp basements and crawl spaces. Unless they find moisture, they’ll soon die.

Mediterranean seed bugs, which can be identified by distinctive black triangular and diamond-shaped markings on a tan body, are commonly found among tall grasses and weeds and feed on a wide variety of seeds.

To help keep all of these insects outside, caulk openings and cracks around doors and windows and repair screens, Edmunds recommends. Get rid of debris and leaf litter near the house, especially around foundations, to reduce the shelter they need to overwinter. Vacuum up any bugs that get inside, seal and dispose of the vacuum bag or empty it into a bucket of soapy water.

“Insects get through spaces so small you don’t even think about them,” she said. “You want to keep as many out as possible and then vacuum up the rest.”

There’s no need to suck up spiders, which are beneficial in the garden and can just be ushered back outside.

Insecticide sprays are generally not recommended for these insects. They are often no more effective than vacuuming, and repeated applications may be required. At best, pesticides will provide only temporary relief. Pyrethroid insecticides are available for treating foundation walls around the perimeter of buildings. If required, these applications are best done by a professional.