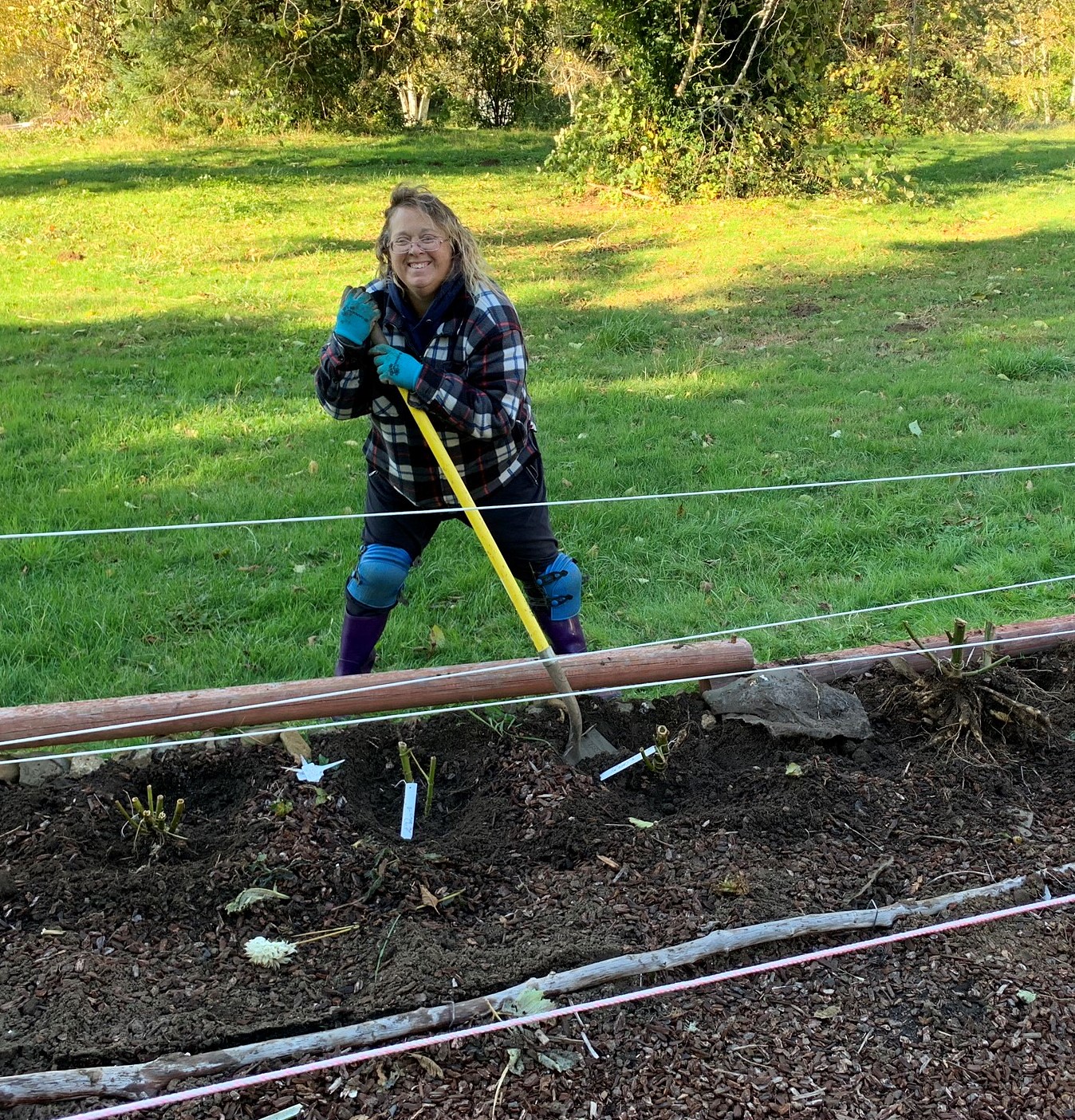 Kym PokornyApril 4, 2021April 15, 2021No Comments on Fall in love with colorful, dazzling dahlias

Dahlias are addictive, at least for Julie Huynh Moore, an Oregon State University Master Gardener, who plans to grow 2,000 by the end of May.

That’s quite an accomplishment for anyone, but considerably more for Moore, who lost her home and all 1,200 of her dahlias in the Labor Day wildfires. When she was allowed to return after nine days, the ground was empty. Not one of the fully blooming dahlias were left. Surprisingly, after a couple of weeks, sprouts starting showing, but when she dug them up, the tubers were too small to produce quality dahlias so they all came out.

But she’s not discouraged. Moore’s mother, who lives at the beach and is also an avid dahlia grower, was holding 350 of Moore’s dahlias, which she’s replanting at her property in Lincoln County.

Moore’s love affair with dahlias started seven years ago, when she and her mother decided to move on from their obsession with roses to a new passion for dahlias.

“We used to grow roses, but my mom doesn’t have a place for them anymore,” Moore said. “We needed a new hobby. Dahlias are a way to spend time together. My mom and I would drive more than two hours to Portland the second Tuesday of every month to go to the Portland Dahlia Society meetings. We’d play with dahlias and have a great time.”

Now, Moore is a judge at dahlia shows and has won multiple awards, including a coveted trophy she lost in the fire. Some of her mementos were kindly restored by Larry Smith, a fellow dahlia fan in the society.

Moore will give an online Dazzling Dahlias presentation 3-4 p.m. April 13, as part of the Growing Oregon Gardeners: Level Up series sponsored by OSU Master Gardeners.

There are many reasons to love dahlias. Intricate swirls of petals arrange themselves in so many designs it takes 29 categories to classify. Those are further divvied up into six sizes and 15 colors. Pompoms, collarettes, mignons, waterlilies: The names are as colorful as the blooms they describe.

“There is every size, every shape, almost every color,” Moore said. “If you don’t like a specific color, there are so many others. They can stay in a vase for quite a while, they’re easy to grow and they brighten up everyone’s life. When I’m looking at soil and seeing green coming up, I get excited.”

Some of Moore’s favorites include ‘Ketchup and Mustard,’ a 9-inch formal decorative in red and yellow; ‘Holly Hill Golden Boy,’ a miniature that’s less than 4 inches in diameter formed in a ball that’s bright yellow; ‘Pam Howden,’ a 5-inch waterlily that’s a light blend of orange and yellow; ‘Iris Blackheart,’ a 4-inch bi-color in striking dark red and white; and ‘Vernon’s Obsidian,’ an orchid type that’s almost black. 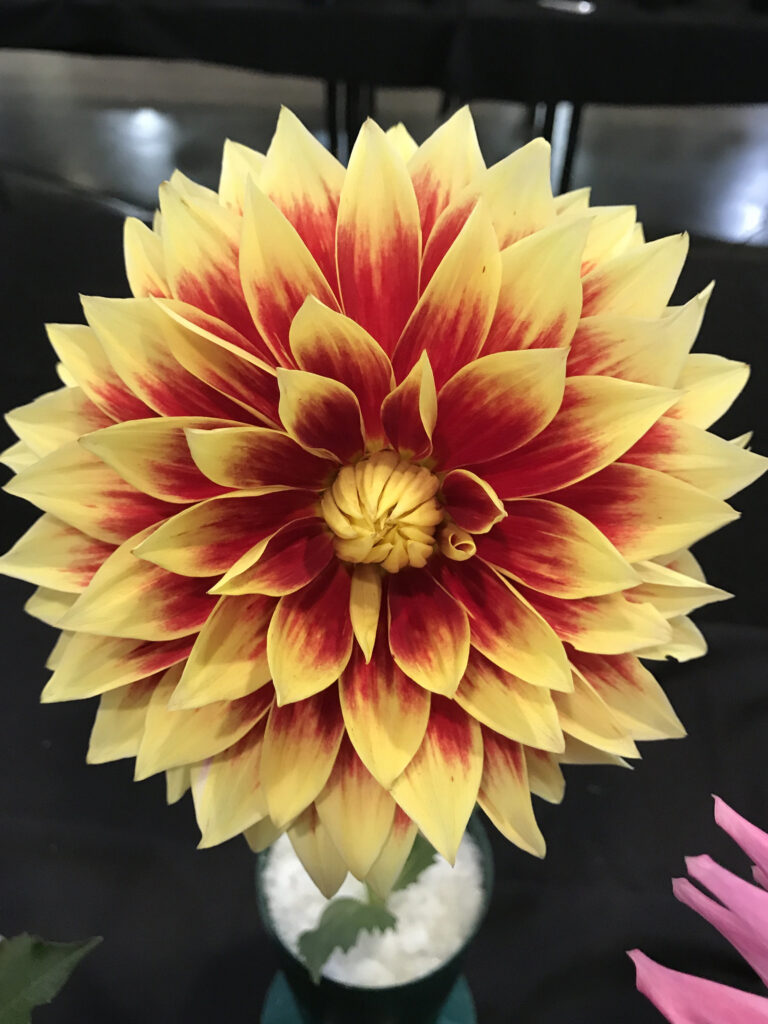