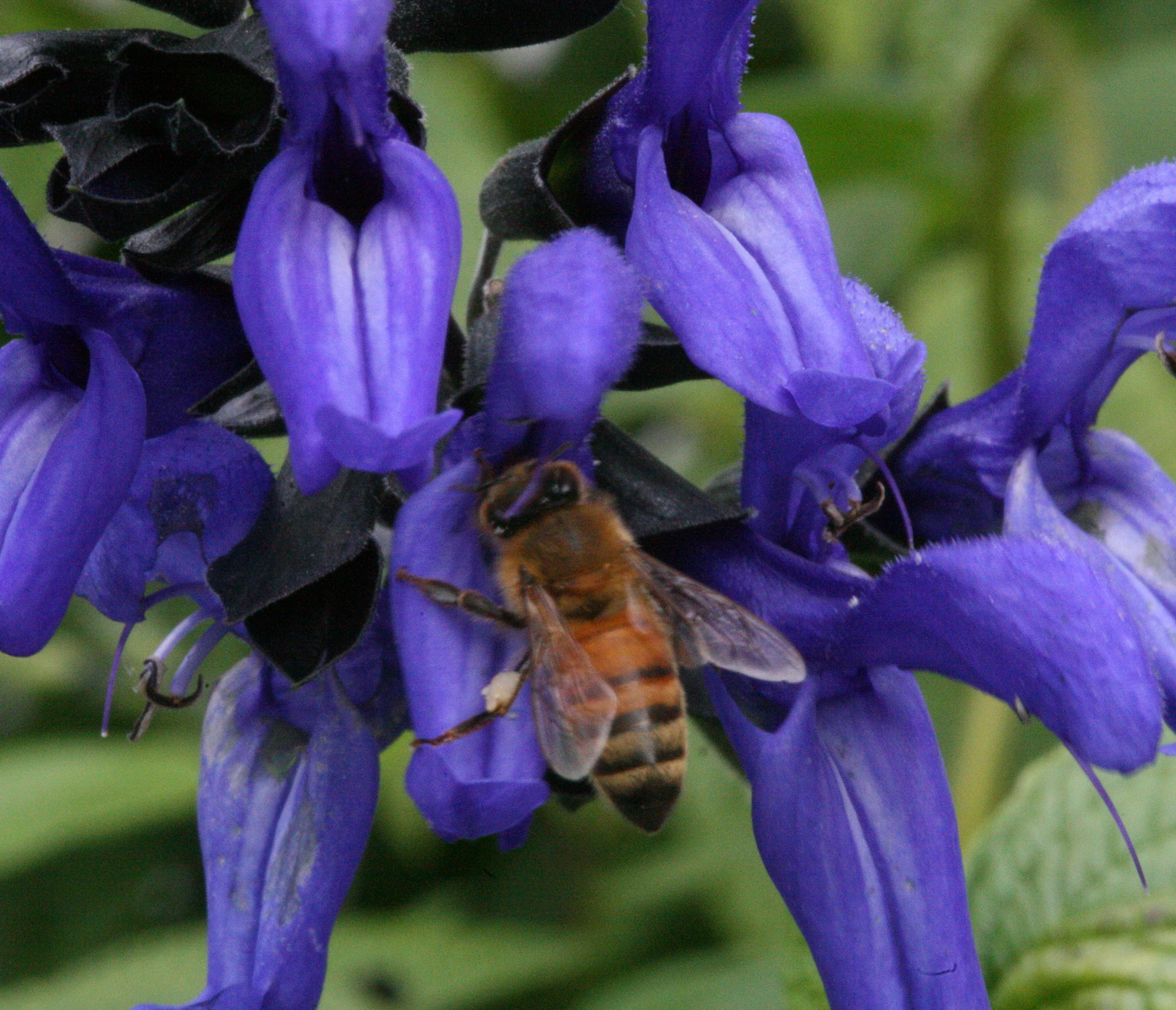 Mike DarcyAugust 8, 2016No Comments on The downside to insecticides

“I didn’t know that it would kill the honeybees.” That’s what homeowners often tell me after using an insecticide in the garden and seeing dead honeybees all over the ground.

Most people who work in the garden industry realize that insecticides are generally not specific in what insect they will kill, but I don’t think many gardeners realize this. If they see aphids on their roses or a worm eating their cabbage, they often buy an insecticide to kill the targeted insect without realizing that there will be repercussions for other insects as well.

The issue of insecticides and honeybees comes up often on my radio program. I always mention that insecticides are meant to kill insects and that we should remember honeybees are insects, too. This is a simple principle, but one that gardeners often overlook.

Other times, gardeners become concerned after using an insecticide and seeing dead ladybugs. Once again, an insecticide is meant to kill insects. Ladybugs are insects. Insecticides tend not to discriminate.

It’s also important to keep in mind that the presence of some unwanted insects in a garden is acceptable. This can initially be somewhat difficult for a novice gardener to comprehend, but in my experience, a few aphids on a rose bush are not going to do any harm. Likewise, a few worms on cabbage can cause minimal damage.

Most home gardeners do not have such a vast vegetable garden that it would be prohibitive to physically remove some insects, primarily damaging worms, by hand. In addition, an environmentally bird-friendly garden can also be helpful in controlling some insects.

Sprays and soil drenches
Systemic insecticides are often perceived as being less toxic in the garden environment because they are absorbed by the plant and then kill the insect as it either sucks out the sap or eats the leaves.

Those systemic insecticides that are used as a soil drench eliminate the issue of spraying and killing all insects that it touches. However, research now indicates that these soil drenches can remain in the soil and in the plant much longer than previously believed. The consequences of a soil drench are that earthworms, as well as other beneficial organisms, will be adversely affected.

One should also remember that as a systemic insecticide enters the plant and is transported through the vascular system it will also get into the flower. Although there is some controversy over how much of the insecticide might be in the pollen, it is the pollen that attracts the honeybee. There is a possibility that in collecting pollen and returning to the hive, a honeybee could be introducing a lethal substance into a beehive.

Precautions should be taken if spraying an insecticide is necessary. This provides an opportunity for a garden center employee to offer suggestions that many home gardeners would probably not consider.

These suggestions might include not spraying the plant when it is in bloom, spraying in early morning or evening when honeybee activity is at a minimum, and not spraying on a windy day when there would be a likelihood of drift. I believe that most gardeners want to be good stewards of the earth and would welcome such suggestions.

Organic isn’t a guarantee
Adding confusion for home gardeners is the use of the word “organic” on product labels. This word often implies that a product is safe, which of course is not always the case. Even an organic pesticide could inadvertently kill bees.

I recently visited a local garden center just to see what products they carried that were labeled as organic. One product with the friendly brand name of Safer has an insect killer that is labeled as OMRI listed.

OMRI (Organic Materials Review Institute) is a special designation for products that have passed rigid testing to prove that they are organic. Yes, this product passed the testing for being organic, but does that mean it is safe for bees? The answer is no. Reading the fine print under environmental hazards, it stated, “This product is highly toxic to bees exposed to direct treatment.”

Nearby on the same shelf was another brand labeled for organic gardening. Under environmental hazards it read, “This product is toxic to bees. Do not apply this pesticide on blooming, pollen-shedding or nectar producing parts of plants if bees may forage on plants during this time period.”

Yes, this warning is on the label. But do gardeners actually read the label? In my opinion, generally they do not — at least not the entire label. Most gardeners will skim over the label to learn what the dilution rate is, but few will actually read the environmental hazards information. Once again, this is where a garden center customer service representative can offer advice.

In June, we as a nation celebrated National Pollinator Week. This was a very worthwhile campaign to raise awareness of the necessity for gardeners to make some selections of plants that are beneficial pollen providers, not only for honeybees, but also butterflies and other insects.

As our landscapes become more devoid of native plants, we need to help create natural habitats in our gardens. This is certainly an area of the garden where no insecticide should ever be used.

When a customer buys an insecticide, an independent garden center should also give them related information on honeybees and other beneficial insects. While many novice gardeners may wish to eliminate certain insect pests from their gardens, I do not believe that they know the potential consequences for honeybees and butterflies.

Our mission should be to teach them about the perils of pesticides. When garden center personnel share this information, they will help create a more knowledgeable and environmentally respectful customer.