Skip to content
adminSeptember 7, 2010February 1, 2016No Comments on Saving Electricity and Reducing CO2 One Nursery at a Time

Editor’s Note: This is Part II of a series on nurseries participating in the Climate Friendly Nurseries Project launched August 2009. To read Part I, click here.

Take one plant—say, the cheerful Gaillardia ‘Oranges and Lemons.’ It brightens many a summer garden. And it’s become part of the energy-saving solutions at Blooming Nursery Inc., a wholesale grower in Hillsboro, Ore. (You might recognize their Blooming Advantage burgundy pots in your local garden center.)

Blooming had already improved energy efficiency by replacing inefficient boilers and installing heat retention curtains in propagation areas. An energy audit pointed to lighting as a logical next step in saving energy.

Now, lighting retrofits in the barn, shop and other buildings are reducing the electricity used by the wholesale grower each year. The retrofits have also offset 11 tons of CO2. 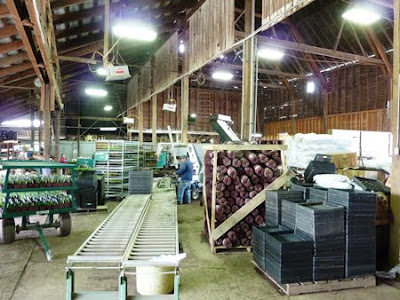 General Manager Michael Wisshack is thrilled because 79 percent of the project was paid for by available incentives. Those incentives came from the Energy Trust of Oregon, which performed the audit, and business energy tax credits (BETC).

“The project was simple and the payback (after incentives) of one year makes it something every nursery operation should investigate,” Wisshack said.

And the plants are still every bit as cheerful.