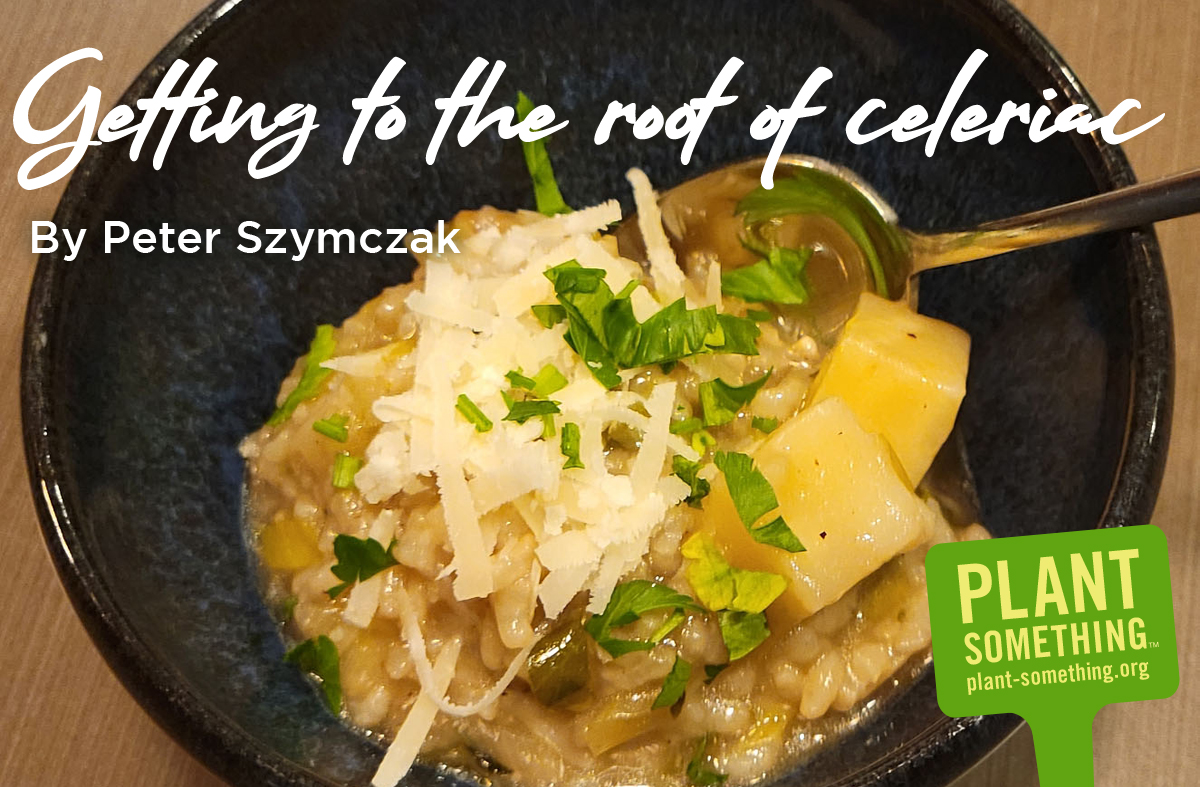 Found in abundance at winter farmer’s markets in January and February, celeriac is, in fact, not a root but rather a “hypocotyl.” That’s the name for the bulbous part of the plant that grows below the leafy stalk, but above the plant’s roots.

Adding to the confusion, celeriac and celery are basically the same plant, Apium graveolens, with celeriac being a variety cultivated for its “root” (hypocotyl, that is) rather than its stalks (var. rapaceum). The celery cousins taste and smell similar, although celeriac has an “earthier” flavor and texture – kind of a celery-scented potato! Celeriac does, after all, grow in soil as opposed to celery stalks that grow aboveground.

Like celery, celeriac can be prepared and eaten raw – think coleslaw served with crabcakes – but it’s more versatile, able to be cooked, simmered soft and pureed into a soup, or sliced thinly and baked with cream into a luxurious gratin.

The recipe that follows is a comforting, savory rice dish similar to the Italian classic, risotto, which Nigella Lawson renames “Soupy Rice” in her characteristically cheeky way in her 2021 cookbook, Cook, Eat, Repeat.

“There is just something quiet and lovely about it that seems to still the air around you as you eat,” Lawson says.