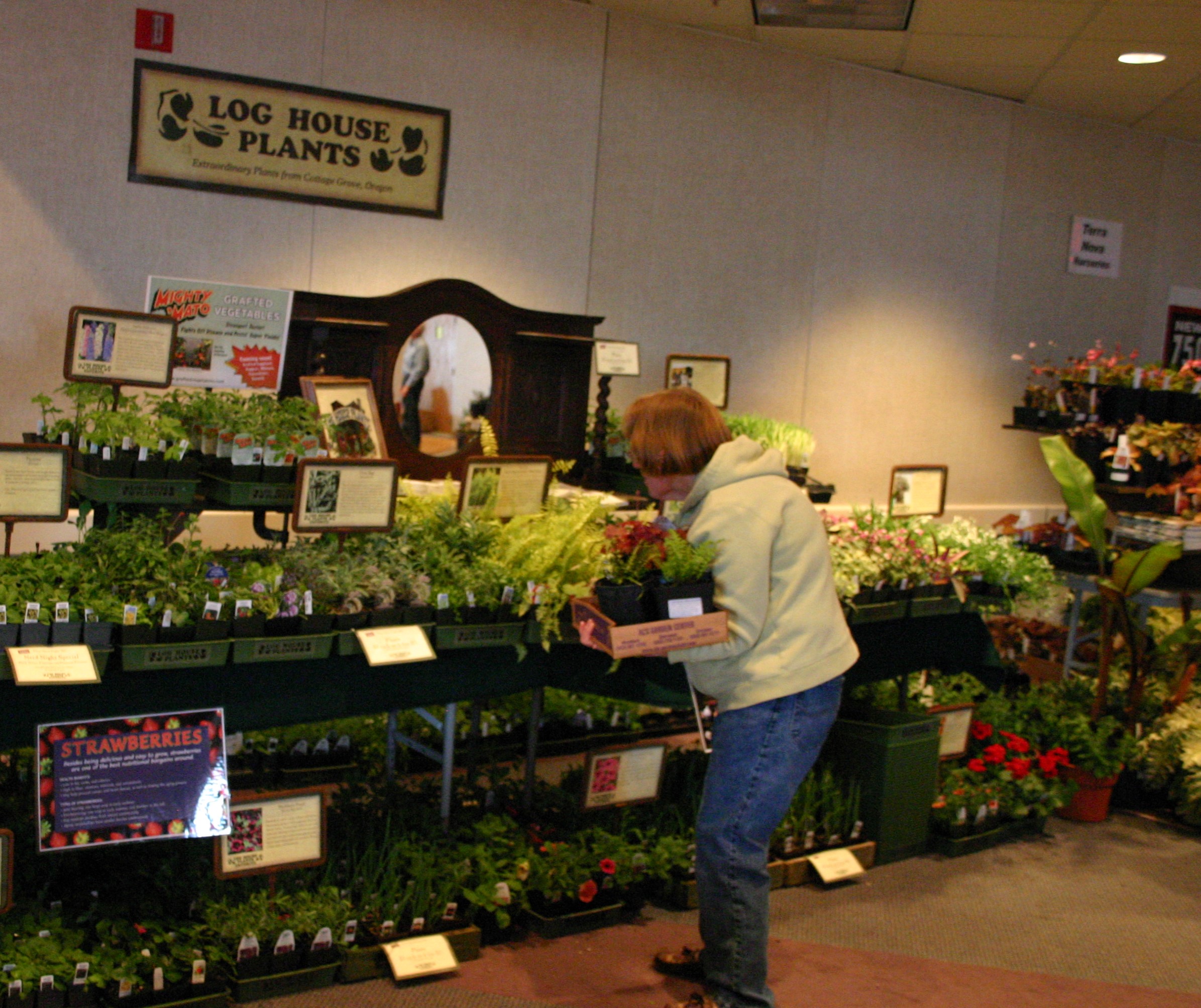 Mike DarcyFebruary 7, 2017No Comments on A night for plant nerds

Gardening is a communal activity: it is very common for gardeners to share their plants, tips on growing, new plant introductions and old favorites, and in general, the love of gardening.

Eighteen years ago, Hoyt Arboretum in Portland created an event called Plant Nerd Night. The goal was to give local specialty nurseries a venue to talk about their business and the plants they grew, and provide an opportunity to sell plants. Hoyt hosted this event for two years then decided it was not in keeping with the goals of an arboretum.

At the time I had a gardening show on a local radio station. I remember talking with a garden friend (Mike Snyder), who was lamenting the fact that Hoyt was dropping this event. I mentioned that perhaps the radio station I was with might be willing to pick it up?

I presented the idea to the radio station and it was accepted! For the past fifteen years, Plant Nerd Night has occurred on either the first or second Friday of March.

At the end of 2016, the radio station cancelled my garden show and its support of Plant Nerd Night along with it. Within days, The Hardy Plant Society of Oregon and the Rogerson Clematis Collection contacted me to express interest in supporting and maintaining the event. Salem Hardy Plant Society also joined in this umbrella of non-profit plant societies that came together to make sure Plant Nerd Night would continue.

What is Plant Nerd Night?

For the first event I was involved with, we set up 400 chairs, not really having any idea what attendance would turn out to be. The weather forecast that day was for cold wind and snow. As the temperature dropped, I wondered if anyone would come. Then I saw a car, then another, and another, and it has been like that ever since. We changed the venue once to a larger facility and now set up chairs for 500 with additional chairs in the back.

The format has basically been the same since the beginning with some minor tweaking each year. Six specialty nurseries are invited to give a 12-minute presentation on the plants they sell, any new introductions and some favorites. They use PowerPoint as their method of showing photos.

The 12-minute time limit was a challenge the first year and has been enforced by a variety of methods. Once we had someone ring a cowbell, another time it was whistles, or an alarm clock. Once we had a choir for entertainment and they sang, “So long, farewell” from “The Sound of Music.” Lately it has been a piano player who plays music on cue. We knew we needed a time limit but it’s fun as well.

It is imperative to have a person in charge of the audio/visual portion. We require presenters to use PowerPoint and to send their presentation to our a/v person several days prior to the event to make sure the presentation runs properly. It is not unusual to have some glitches and it is much better to have them corrected prior to the event than to have a problem at the event.

Each presenter gets two, 6-foot tables to display their plants on. Presenters can begin bringing their plants at 2 p.m. the day of the event. Volunteers are there to help get them set up. We have learned to keep presenters as far apart as possible because it can become very congested around their tables.

We have been supportive of other non-profit garden organizations and have allowed them to distribute any literature they might have. Initially we had organizations place their information on the chairs, but this became cumbersome. The last two years we have asked program participants to bring literature early in the day. Volunteers put it all together in one bag, which is then placed on the chairs. This has worked much better.

We have a strict policy of not allowing attendees inside the facility until the doors open at 6 p.m. Attendees often arrive early, sometimes an hour or more before the doors open. This time has become a social gathering, with some people bringing chairs and refreshments — a gardening tailgate party! Since our event is the first major garden event of the year, it has become a time for gardeners to get acquainted with old friends and to make new ones, with everyone anticipating the new plants they will buy.

When the doors open, attendees receive a program with a listing of presenters and some of the plants they are showing. We ask each presenter to select one plant and offer it, in limited quantities, as a Plant Nerd Night special. A local garden center donates cardboard plant trays and we always have coffee and tea available, sometimes cookies.

Attendees have one hour to shop, then the program begins at 7 p.m.

Except for the plants that are purchased, the event is free. There is no admission charge, no charge for the presenters, parking and refreshments are free.

This has become such a popular event! Many attendees have said it heralds the beginning of spring.

I’m proud to say the 16th Annual Plant Nerd Night will take place on Friday, March 3 at the Lake Bible Church, corner of Kruse Road and Carmen Drive in Lake Oswego. Doors open at 6 p.m., program begins at 7 p.m. Admission is free. I hope to see you there!

Mike Darcy is a television and radio show host, and writes about Oregon’s horticulture community. Contact him at itgmikedarcy@comcast.net.