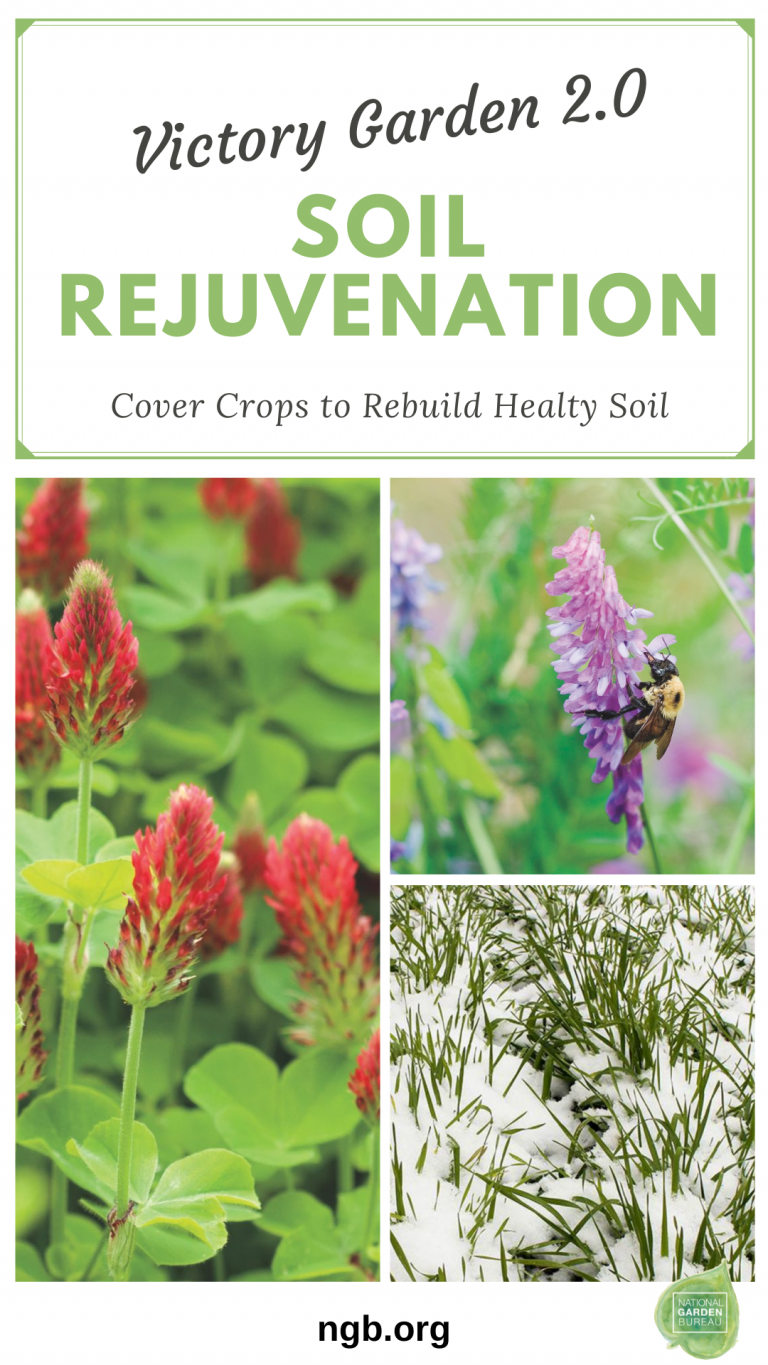 You can rejuvenate and replenish your soil’s fertility and structure at the end of the growing season by planting cover crops.

With the first chill of fall, many gardeners sigh with relief.  Sweltering summer days filled with watering, weeding, and harvesting seems like a distant memory, while the promise of a winter rest entices gardeners to finish fall chores.

Fall is a great time for planting, providing the perfect climate for trees, shrubs, perennials, and bulbs to settle in and establish roots before the first freeze, readying the garden for an explosion of spring beauty. But fall is also an ideal time to replenish garden soil, adding another perfect planting opportunity: cover crops.

What Are Cover Crops?

Cover crops are fast-growing plants, typically grains, legumes, or grasses, that aren’t used as a food crop. Instead, these plants protect and improve the soil. Cover crops, sometimes known as “green manure,” enrich the soil with organic matter and nutrients, while also smothering weeds and preventing erosion. 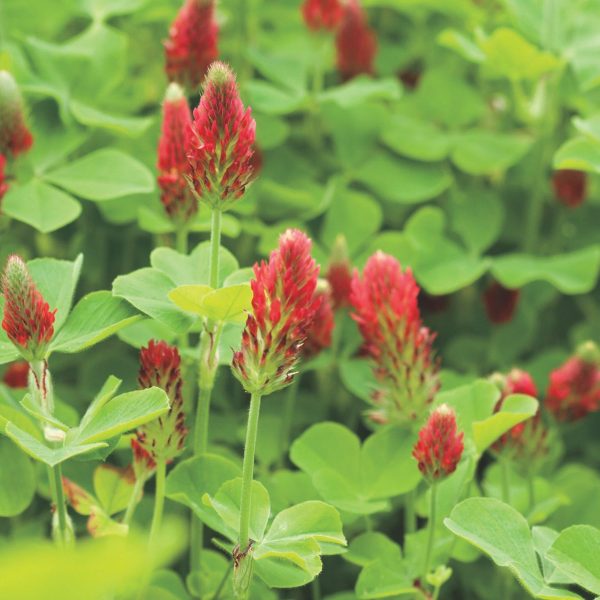 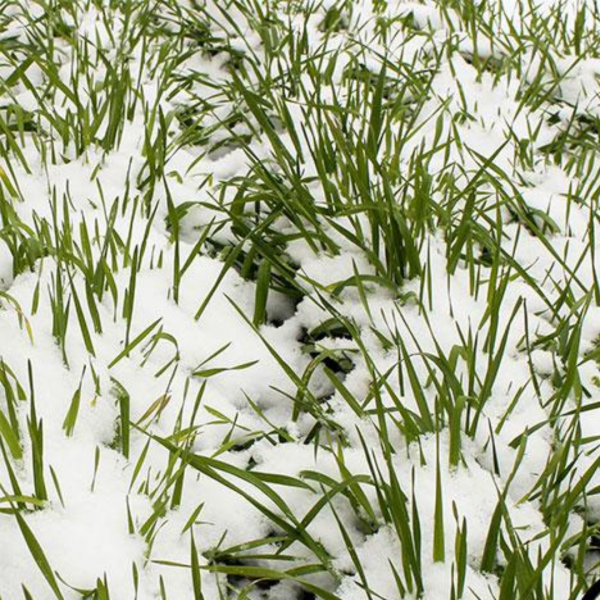 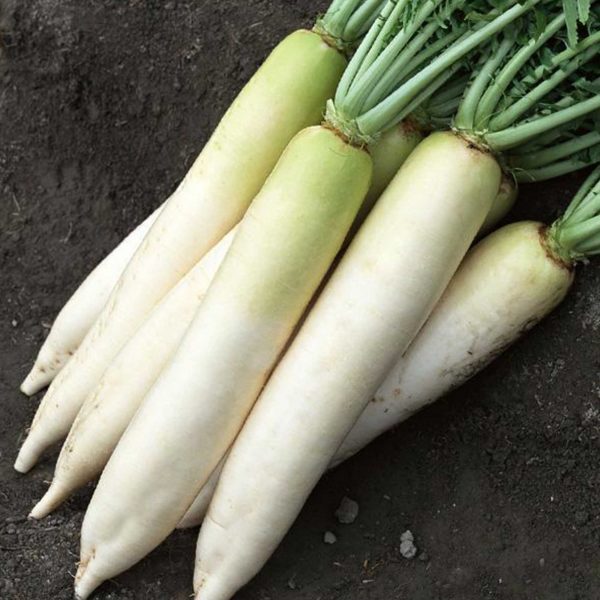 Cover crops offer many benefits, both above-ground and below the soil line. Fast-growing cover crops prevent weeds, out-competing them for resources like light, water, and nutrients. Some cover crops are referred to as “smother crops,” as they can suppress weed growth entirely due to their thick, rampant growth.

For gardens riddled with pests and diseases, cover crops help eliminate problems and improve the health of the garden.  When used as part of crop rotation, cover crops discourage diseases and pests by replacing their preferred hosts. Squash vine borers, for instance, will not find their host plants among a cover crop of clover, helping to eliminate the pest. Weeds can harbor insect pests that snack on veggies and fruits, often spreading diseases among plants as they feast. Because cover crops help suppress weeds, they also reduce the number of pests attacking the garden. 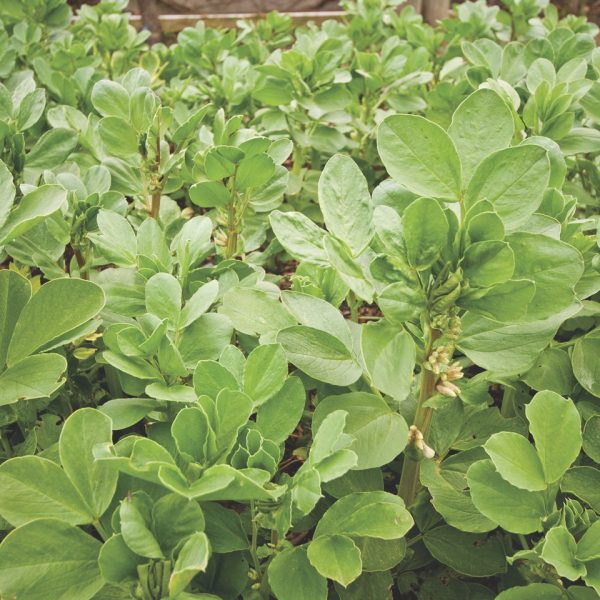 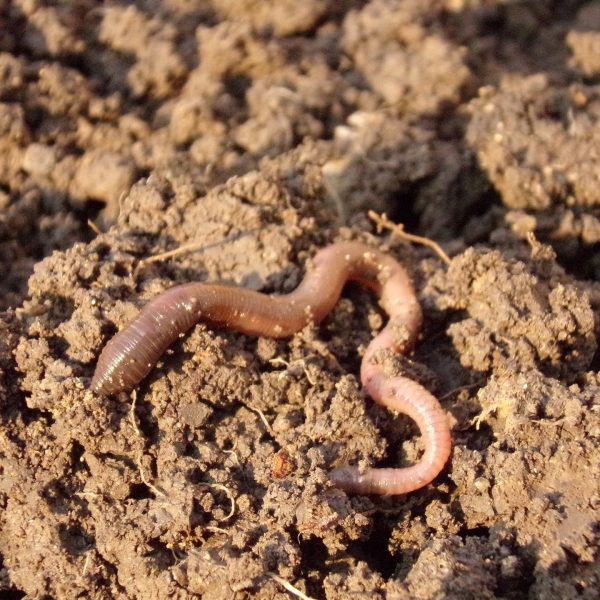 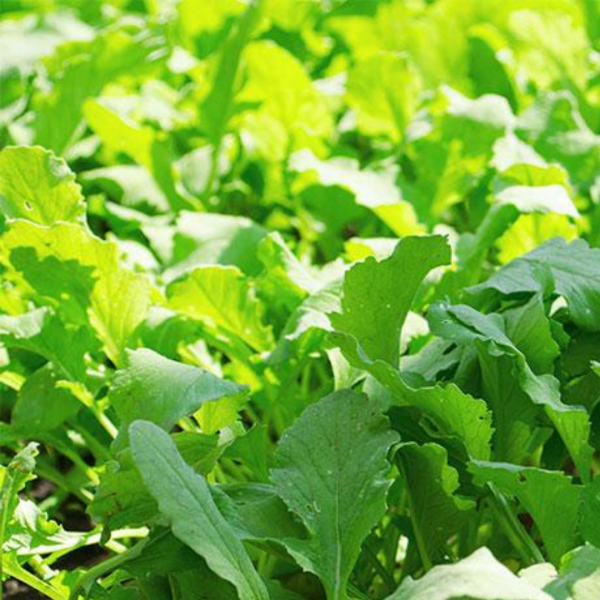 Benefits of Cover Crops Below Ground

While beneficial above ground, cover crops most notably earn praise for their ability to transform tired, nutrient-depleted, compacted soil into a rich home for new plants. From the ability of cover crops’ roots to penetrate and loosen tough soil to preventing run-off that leads to erosion, it’s easy to see many benefits of cover crops. Some cover crops, like legumes, work with microorganisms to take nitrogen from the air and convert it into a form that plants can use. Other cover crops provide a protective canopy, reducing the impact of raindrops on the soil surface, increasing infiltration but decreasing soil loss and runoff.

However, their true star-power shines after they die: the decaying plants leave behind organic matter that acts as a food source for earthworms and beneficial microorganisms, resulting in increased soil health and fertility. Cover crops are harvested, then worked back into the soil (or left as a mulch on top of the soil). As the plants’ decay, they leave behind organic matter that improves soil structure and aeration, as well as water and nutrient holding capacity, while also replenishing nutrients in the soil for subsequent crops. The type of cover crop and the length of time it grows determines how much organic matter and nutrients return to the soil.

For instance, a legume may provide more nitrogen in the soil but less organic matter than buckwheat. Deep-rooted crops, like daikon radishes, help bring nutrients, such as calcium and potassium, back into the upper soil from deep soil layers, releasing the nutrients into the active organic matter when it dies and decomposes. By adding nutrients naturally through these crops, gardeners can use less synthetic fertilizers, saving money while benefitting the environment.

Before you amend your soil, it’s a great idea to get a soil test. A soil test shows not only the pH of your soil, which measures the soil’s acidity or alkalinity, but it also tells what may be missing in your garden beds, like nitrogen and phosphorous. Check with your local state university’s extension office—many of them perform soil tests for about the price of a cup of fancy coffee. Basic DIY soil tests are also available from retailers. 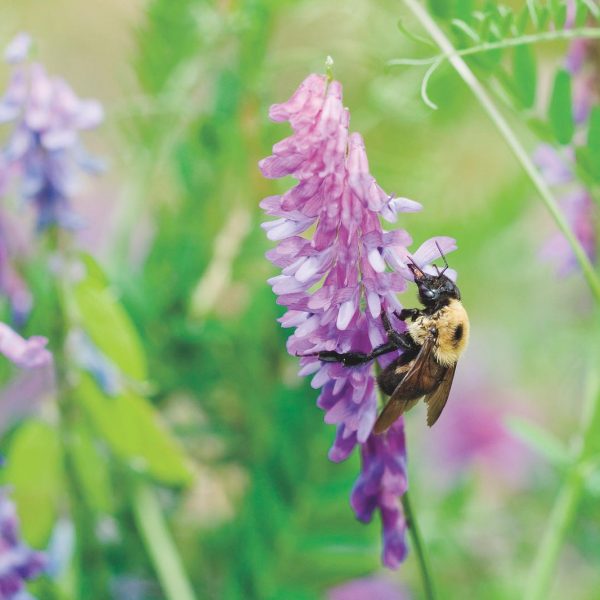 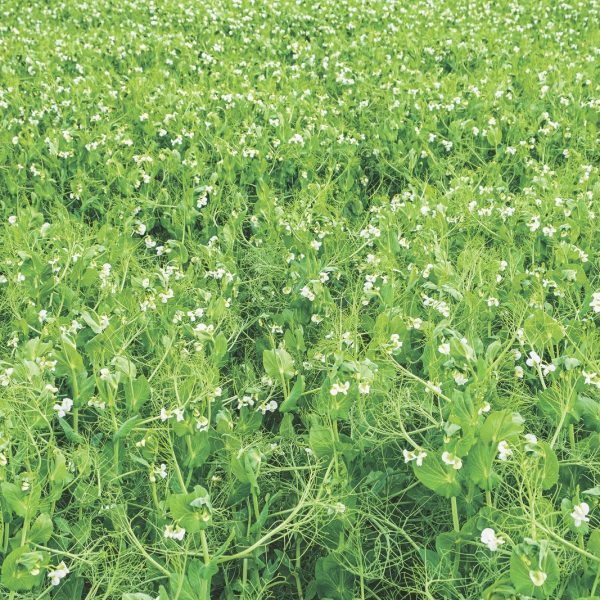 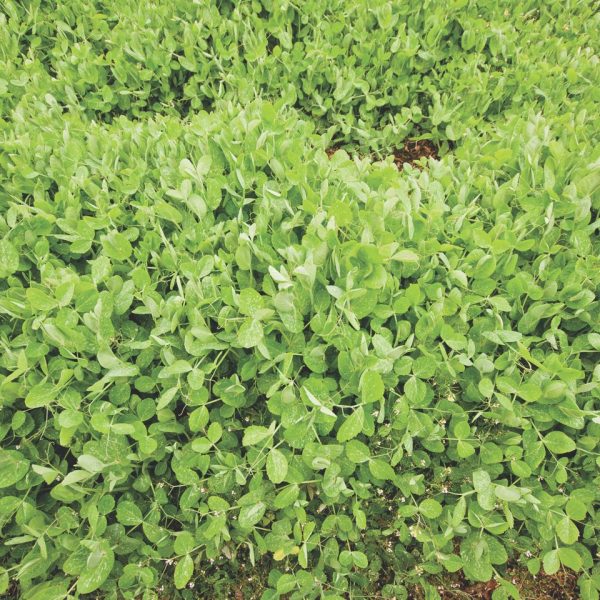 How to Choose a Cover Crop

Once you’ve received the results of a soil test, you’ll know where to begin. If your soil needs a boost of nitrogen, consider planting cover crops like crimson clover, fava beans, or hairy vetch. If phosphorous or potassium is low, plant common buckwheat. If you need to break up hard soil, try crops with extensive root systems, like annual grasses, wheat, oats, or rye, which also build biomass. If you hope to rid your garden of weeds, try fast-growing buckwheat, mustard, or alyssum, which germinate quickly and shade out weeds.

Where to buy Soil Rejuvenation Crops? 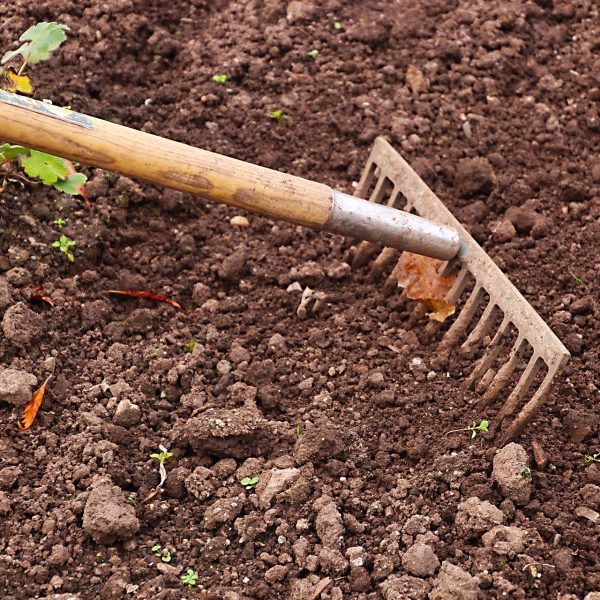 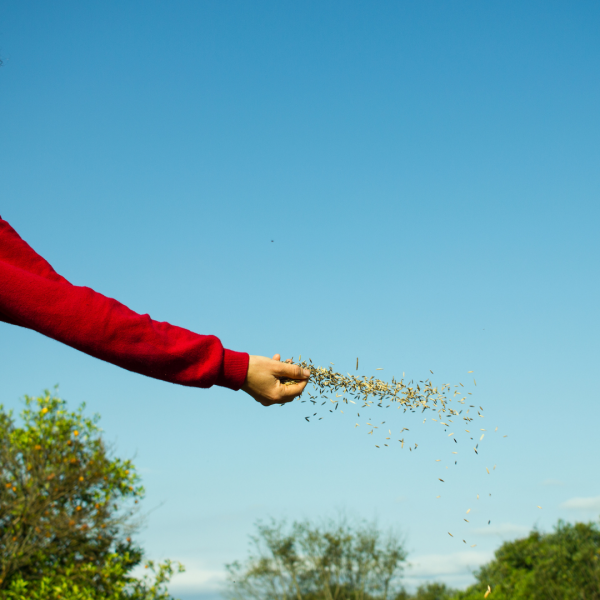 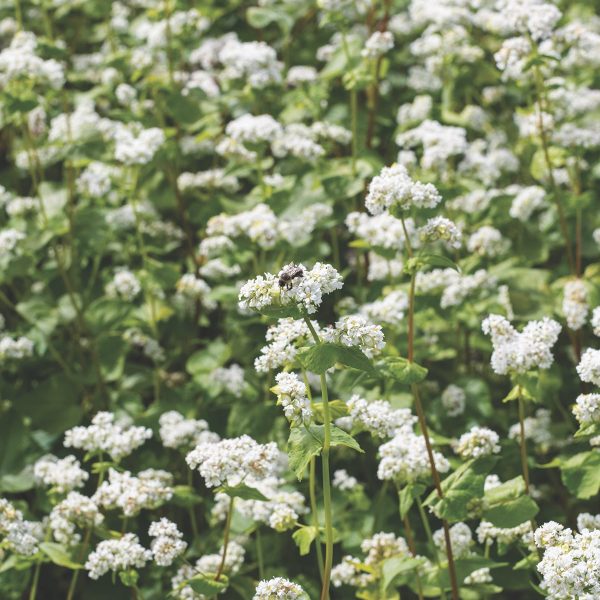 7 Tips on How to Grow Cover Crops

Once you’ve established the goals for planting and have selected which seeds to grow, the actual process is easy:

Turn the cover crop into the soil before seeds form. You don’t want this crop to become a weedy nuisance in your bed, so make sure to cut the plants prior to producing seeds.

Not only do they offer terrific benefits in building healthy soil for next year’s garden, but many of them also provide beautiful blooms that feed pollinators in early spring, adding an additional benefit. Give cover crops a try: you’ll be surprised how easy it is to create great soil.